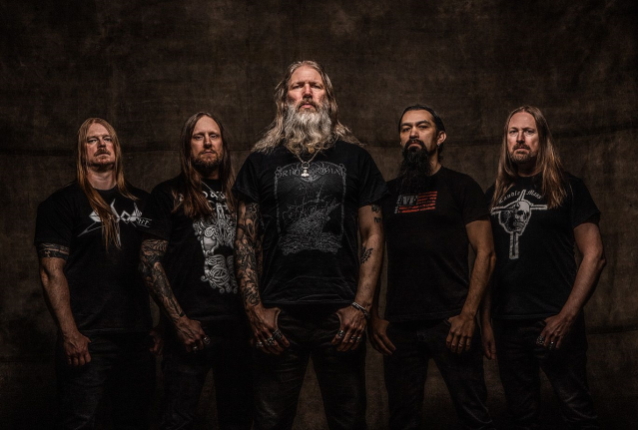 Regarding AMON AMARTH's production approach on "The Great Heathen Army", Johan said: "We tried to go for a more dark, more brutal sound on this album. 'Cause the last album [2019's 'Berserker'] we tried to make it more heavy metal kind of style, but now we wanted to go more towards a death metal style — mostly in the sound, more raw and dark.

"We always liked to mix some heavy metal influences into our music, but on this album we wanted to go more back to death metal," he explained. "But, of course, the song 'Saxons And Vikings', it's very heavy metal because Biff [Byford] of SAXON is part of the song. But it's still maybe more heavy than a heavy metal song, I would say."