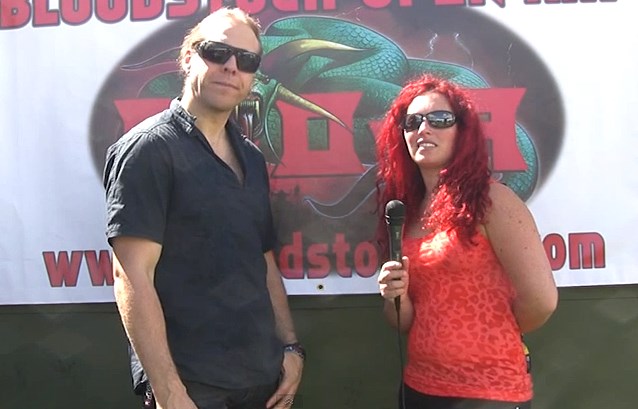 On August 11, Felicity Hall of GetYourRockOut conducted an interview with Finnish melancholic dark metal forerunners AMORPHIS at the Bloodstock Open Air festival at Catton Park, Derbyshire, United Kingdom. You can now watch the chat below.