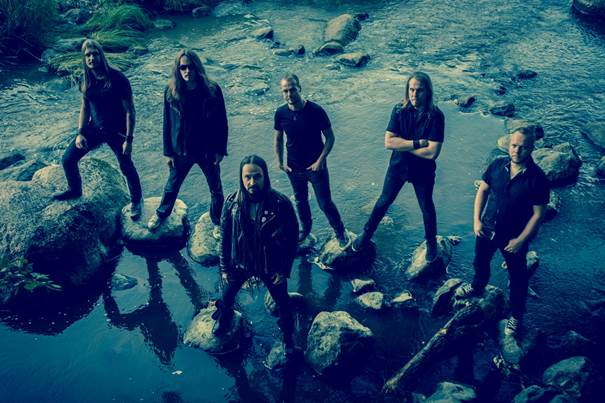 Finnish melancholic dark metal forerunners AMORPHIS will celebrate the 20th anniversary of their legendary 1994 release "Tales From The Thousand Lakes" by performing the album in its entirety on a short tour in December. Support on the trek will come from Swedish metallers AVATARIUM.

Comments AMORPHIS guitarist Esa Holopainen: "This month (July 12) marked the 20th anniversary of the release of the by far most significant album of our career: 'Tales From The Thousand Lakes'.

"The years have flown by, and it feels great to notice that the tooth of time has not diminished the value of the album, nor the popularity of its songs when performed live. 'Black Winter Day', 'The Castaway', 'Into Hiding' and 'In The Beginning' are still part of almost every AMORPHIS gig. Although we have played these songs hundreds of times, it is still as exciting as ever to see the joy in people’s faces and the sheer emotion evoked by, for example, the piano intro of 'Black Winter Day'.

"Most of us have feelings about the 1990s that are brought back to mind by the songs from 'Tales From The Thousand Lakes', so we are certainly talking about nostalgia here.

Adds Holopainen: "We are really happy to have AVATARIUM as a special quest for 'Tales From The Thousand Lakes' 20th-aniversary tour.

"A year ago on tour in Germany, we hooked up with Nuclear Blast guys and they brought us several of their new releases. Being a huge fan of CANDLEMASS, I was obviously really interested in AVATARIUM release. I guess this was one of the albums everybody enjoyed listening to and why not, the band and their music is great!" 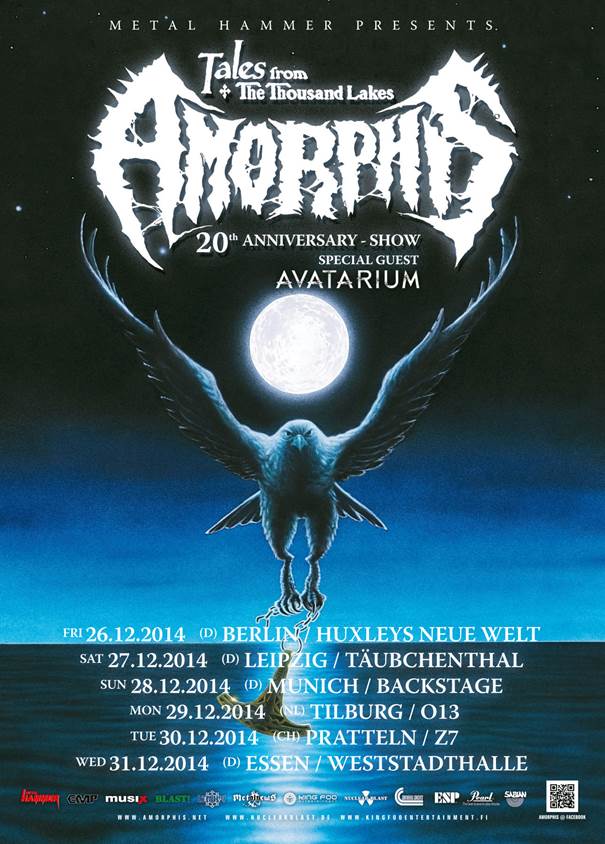