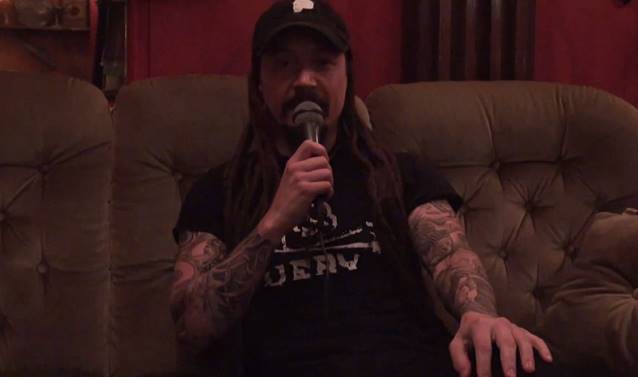 Kaaos TV conducted an interview with vocalist Tomi Joutsen of Finnish melancholic dark metal forerunners AMORPHIS before the band's February 21 show at Hullu Pullo in Vaasa, Finland. You can now watch the chat below (in Finnish, with English subtitles; click on "CC").

AMORPHIS will perform a special concert at the Olavinlinna Castle, a stone fortress built in 1475, on July 13 during the Savonlinna Opera Festival's 2014 season in Savonlinna, Finland.