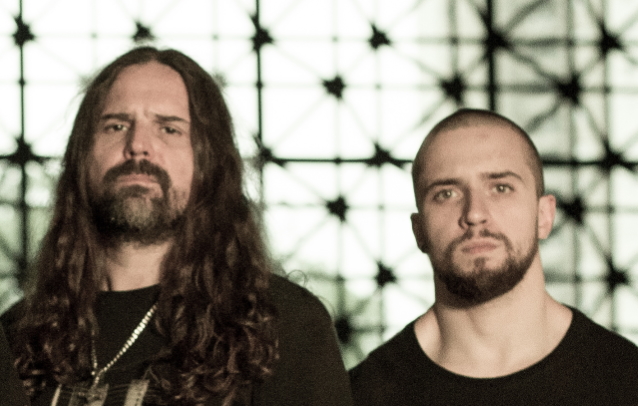 ANDREAS KISSER Says Drummer ELOY CASAGRANDE Was 'Made For SEPULTURA'

"We're very lucky to have such great musicians here in Brazil, especially in drumming," he said (as transcribed by BLABBERMOUTH.NET). "We have great drummers and percussionists. You see [Carlos] Santana and all those great names, Paul Simon and stuff, always using some Brazilian here and there regarding the drum world. And Eloy started playing drums very early. He was made for SEPULTURA, man. I mean, he played in some other bands and stuff, but here with SEPULTURA, he's really exploding; he's really free to express himself the way he wants to, and SEPULTURA's music really provides that. And in exchange, he gave me especially to write many new possibilities. I think 'Machine Messiah' and 'Quadra' are the consequence of that interaction we have, which is great. It's so inspiring. It's fantastic.