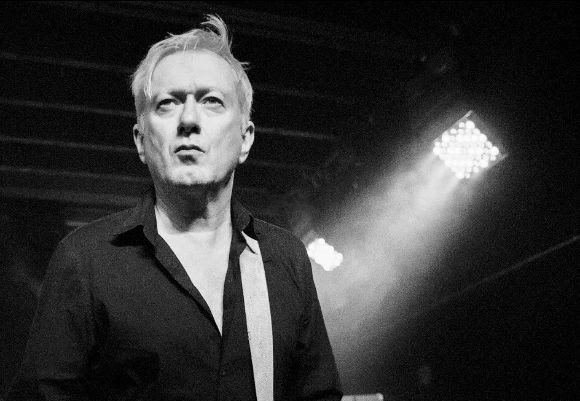 ANDY GILL, Guitarist And Founding Member Of GANG OF FOUR, Dead At 64

Andy Gill, guitarist of legendary post-punk band GANG OF FOUR, died today at the age of 64. He passed away in a central London hospital after a short respiratory illness.

Andy, often cited as one of the world's greatest guitarists, left his mark on his own music, as founding member of GANG OF FOUR. In pioneering the band's sparse, jagged sound and looping feedback, Andy also inspired and informed generations of musicians. A groundbreaking composer and a brilliantly innovative producer, he worked with artists including the RED HOT CHILI PEPPERS, THE STRANGLERS, THE FUTUREHEADS, Michael Hutchence, Bono, THERAPY? and THE YOUNG KNIVES.

GANG OF FOUR is considered one of the most influential British rock bands of all time, with their post-punk sound defining a whole era of new music coming out of Britain in the late 1970s. GANG OF FOUR continued to evolve, innovate and remain vibrantly relevant, touring extensively in North America, Europe, Australia, New Zealand and the Far East just last year and continuing to release new music, with latest album, "Happy Now", out in 2019, and a new studio album just finished. Political and pointed, GANG OF FOUR's debut album "Entertainment!" (which celebrates its 40th anniversary this year),has been listed as one of the greatest albums of all time in Rolling Stone, Pitchfork, among others. Respected writer David Fricke of Rolling Stone called them "probably the best politically motivated band in rock and roll."

John Sterry, Thomas McNeice and Tobias Humble, respectively singer, bass player and drummer of GANG OF FOUR, said in a statement: "This is so hard for us to write, but our great friend and Supreme Leader has died today.

"Andy's final tour in November was the only way he was ever really going to bow out; with a Stratocaster around his neck, screaming with feedback and deafening the front row. His uncompromising artistic vision and commitment to the cause meant that he was still listening to mixes for the upcoming record and planning the next tour from his hospital bed. But to us, he was our friend — and we'll remember him for his kindness and generosity, his fearsome intelligence, bad jokes, mad stories and endless cups of Darjeeling tea. He just so happened to be a bit of a genius too.

"One of the best to ever do it, his influence on guitar music and the creative process was inspiring for us all, as well as everyone who worked alongside him and listened to his music. And his albums and production work speak for themselves. Go give 'em a spin for him...

Andy is survived by his wife Catherine Mayer, his brother Martin and many family and elective family members who will miss him terribly. Please respect their grief.

Find more on Gang of four