New York's born-and-bred thrash-masters ANTHRAX will celebrate the release of the band's very own craft beer, Wardance on Tuesday, March 28 with a New York City "beer crawl" that will begin at 6:00 p.m. at Daddy-O on Bedford Street in the West Village. Band members, along with Chuck Williamson, owner and head brewer of Butternuts Beer & Ale Brewery, will be on hand over the course of the evening at five different New York City bars to drink a few pints of the pale ale and celebrate with all in attendance.

Entry into all five locations is free and will be on a first-come, first-serve basis with a no-host bar. Those interested should go to this location to RSVP.

The complete schedule for ANTHRAX's Wardance NYC beer crawl is as follows:

***Will have Wardance available in six-packs of cans to go

Last year, the members of ANTHRAX were hanging out at Daddy-O and mentioned to owner Phil Casacelli how they'd love to have their own brand of beer. Casacelli, a longtime fan of upstate New York's Butternuts Beer & Ale Brewery, made a call to Williamson, a metalhead and a big ANTHRAX fan, and everything started to fall into place for what would become ANTHRAX's own craft beer Wardance. The band was involved in the development of the pale ale and wanted a distinct taste that not only they liked, but that their fans would like as well.

ANTHRAX kicks off "Killthrax", the band's co-headline tour with KILLSWITCH ENGAGE, on Wednesday, March 29 at the Wellmont Theatre in Montclair, New Jersey. 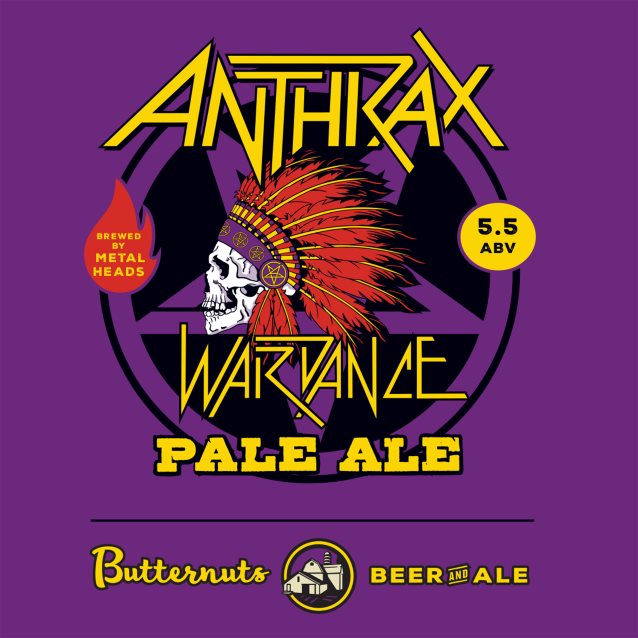