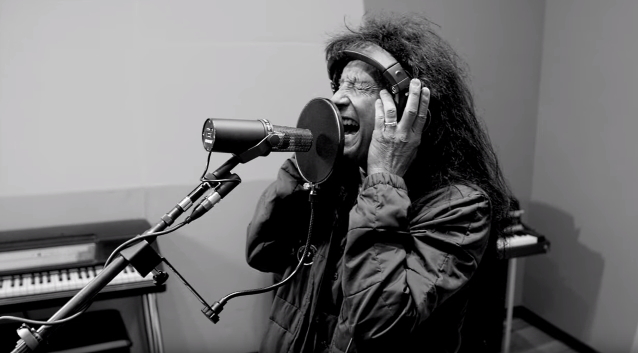 Sweetwater Sound's recording facility, Sweetwater Studios, hosted classic thrashers ANTHRAX for a two-day class last September. The class was held in Sweetwater Studios' Studio A, where attendees spent the two days learning the recording process from start to finish: from positioning mics and dialing in sounds, to tracking, mixing and post-production. The sessions were overseen by Sweetwater Studios senior producer/engineer and VP of music production Mark Hornsby and were filmed by music video director Nigel Dick.

Award-winning film director Nigel Dick has directed some of the most influential music videos of the past forty years; from massive rock acts like GUNS N' ROSES, DEF LEPPARD and NICKELBACK to chart-topping pop stars like Britney Spears.

Sweetwater Studios senior producer/engineer and VP of music production Mark Hornsby is an award-winning producer and engineer who has spearheaded Sweetwater's educational programming and recording master class series. His engineering and production work have spanned every genre and has seen him working with a diverse clutch of artists that include GODSMACK, Garth Brooks, Bootsy Collins, Steven Curtis Chapman, Outkast and the London Philharmonic, among many others.

ANTHRAX is continuing to tour in support of its latest album, "For All Kings", which was released in February 2016. A follow-up effort is expected later this year.