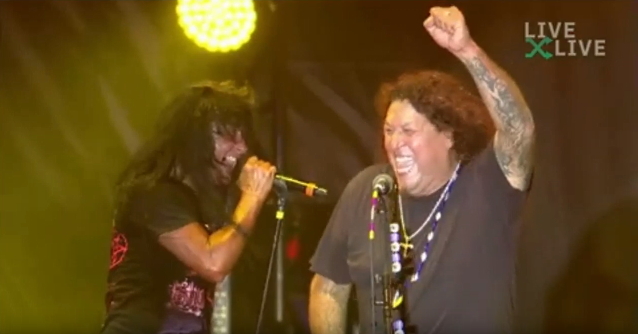 Billy recently confirmed to the WSOU radio station that TESTAMENT has completed work on the follow-up to 2016's "Brotherhood Of The Snake" album. A late winter/early spring 2020 release is expected.

TESTAMENT, EXODUS and DEATH ANGEL will join forces for "The Bay Strikes Back 2020" European tour. The trek will kick off on February 6 in Copenhagen, Denmark and will hit 25 cities before concluding on March 11 in Hannover, Germany.