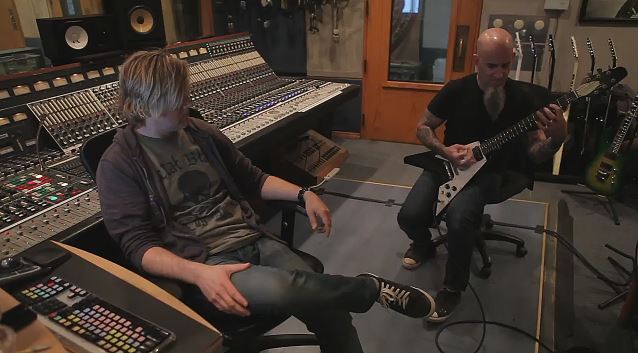 ANTHRAX, along with producer Jay Ruston, is currently in a Los Angeles studio recording the follow-up to the band's 2011 Grammy-nominated, critically acclaimed album "Worship Music". The group — Charlie Benante (drums),Frank Bello (bass),Joey Belladonna (vocals),Scott Ian (guitar) and Jon Donais (guitar) — has been writing and demoing new songs over the past few months and plans to continue recording for the next several weeks. The band's as-yet-untitled eleventh full-length effort is tentatively due this summer via Megaforce.

A new video clip of ANTHRAX laying down tracks for the new CD can be seen below.