The Great Frog, which has been hand-crafting rock jewelry in Carnaby, London since 1972, has announced its third official band collaboration — this time with legendary metallers ANTHRAX.

Two ANTHRAX rings have been added to The Great Frog collection.

The Great Frog has previously collaborated on rings with SLAYER and MOTÖRHEAD.

The Great Frog made its name catering to a niche clientele of rockers, bikers and those on the edge of the mainstream. The company has designed bespoke pieces for many international names from the fashion and music industries, including METALLICA, IRON MAIDEN and AEROSMITH. 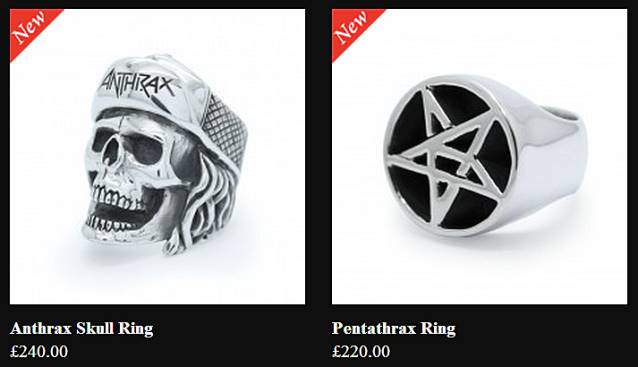