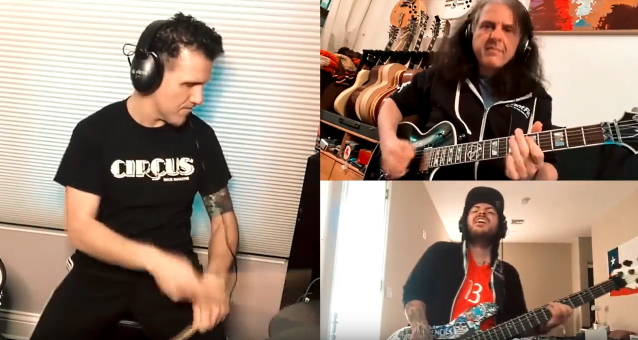 Charlie Benante (ANTHRAX),Alex Skolnick (TESTAMENT) and Roberto "Ra" Diaz (SUICIDAL TENDENCIES) have shared their version of the RUSH classic "YYZ", recorded with each member separated in their own homes.

Benante uploaded a video of the performance to his YouTube channel, writing in an accompanying message: "Here is our version of the @Rush classic #YYZ - @rush inspired all 3 of us to be better musicians. #alexlifeson #geddylee and the great #neilpeart not only played amazing, they also wrote some of the best songs. We are honored to play a little #YYZ for you. Hope this magic music makes your morning/afternoon Alex Skolnick and Ra Diaz are so Amazing - I [love] RUSH"