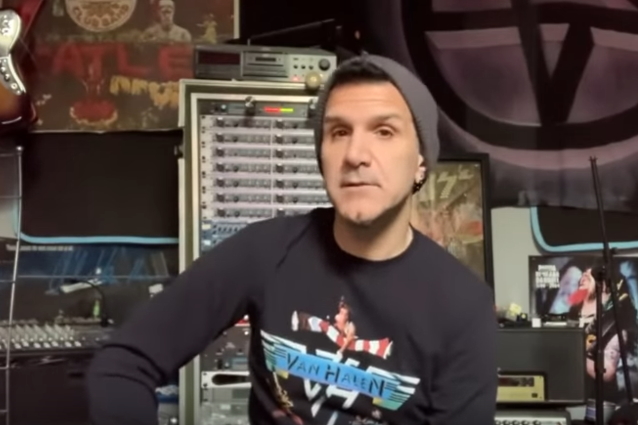 In the nine-minute video below, ANTHRAX drummer Charlie Benante breaks down the song "Gung-Ho" from the band's classic second studio album, 1985's "Spreading The Disease". The clip was originally produced for Modern Drummer magazine.

Produced by ANTHRAX with Carl Canedy, the 44-minute "Spreading The Disease" marked the first ANTHRAX album to feature singer Joey Belladonna and bassist Frank Bello (joining drummer Benante and guitarists Dan Spitz and Scott Ian),and set into motion the core elements that would become the essence of ANTHRAX. In addition, the album also introduced the ANTHRAX writing partnership of Benante and Ian (that eventually evolved into Benante, Ian and Bello).