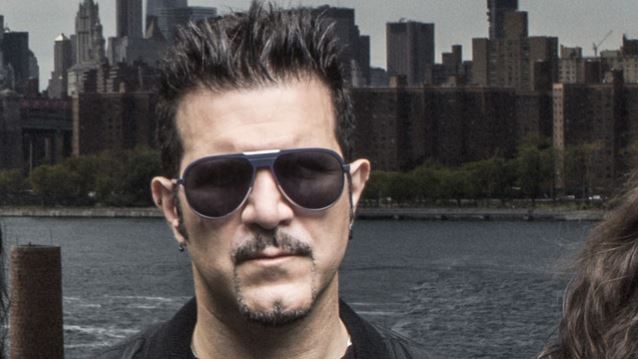 On Friday, January 8, John Doan of MusicFrenzy.net conducted an interview with ANTHRAX drummer Charlie Benante. You can now listen to the chat at this location .

Speaking about the way social media has affected the way bands gauge the fan response to their music, Benante said: "What I find nowadays, because of a little thing on the Internet called comments that people feel that they could comment on anything, and they've become critics, with no experience whatsoever, and all of a sudden it's out there."

He continued: "I was just seeing something about… TOOL were playing last night in San Francisco, and I just saw some thing for a little newsblurb, and then I made the mistake of just scrolling down and seeing comments, and [it was] just fucking negativity like you wouldn't believe. 'Fuck these guys! How could they play the same…?' It's, like, 'Jesus Christ, man!'

"These are the people who will never do anything, musically in their life, or whatever. And they just feel the need that… 'I need to voice my opinion about this, how much I fucking hate this.' And it's just like… I just wish… Like I said one time, I wish we could reverse it, and some of us can go to their place, where they work, and let's just get a group of people and just comment on their fucking day."

Benante went on to say: "It just bothers me, because no one knows the work or time, effort and just everything that goes into making something. It's, like, I don't take this lightly whatsoever, and it really bothers me when I have to hear or I have to see… That's why I don't read comments, really — 'cause I don't dig it. I don't care if it's a great comment, I don't care if it's a bad comment. I try to avoid all of them, because… You know, at the end of the day, we do our best at what we do, and when you read something that says, 'Ehh, I'm not feeling it.' It's, like, 'Okay. What else could we have done to make you 'feel' it?' You know?"

ANTHRAX's long-awaited new album, "For All Kings", which will be released on February 26, 2016 via Nuclear Blast in Europe and Megaforce in the U.S.