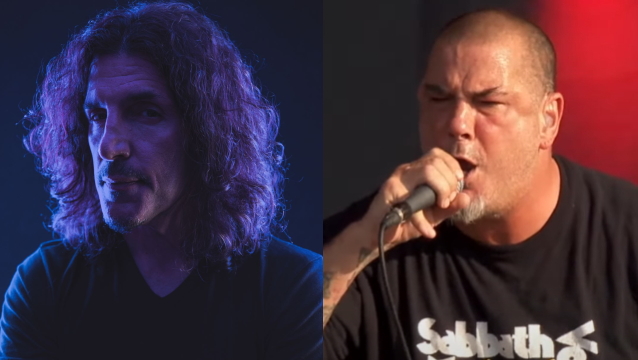 Bello discussed his views on the PANTERA comeback in a new interview with "Cutter's RockCast". Asked what he thinks about Anselmo and Brown touring again under the PANTERA name, Bello said (as transcribed by BLABBERMOUTH.NET): "I can't wait for that, because they've got the two right guys to do it. Charlie and Zakk, those are the two right guys [for the job].

"Look, we're [ANTHRAX] family with PANTERA. You've gotta understand — we've toured with them quite a lot. We're very much a family. These are our brothers. So to pay tribute to Dime and Vinnie, Charlie and Zakk are the right guys. And I'll be the first one in line to see that. I'm excited for it.

Listen to "Rockcast 290 – Attack of the Killer Bassists!" on Spreaker.
Find more on Pantera