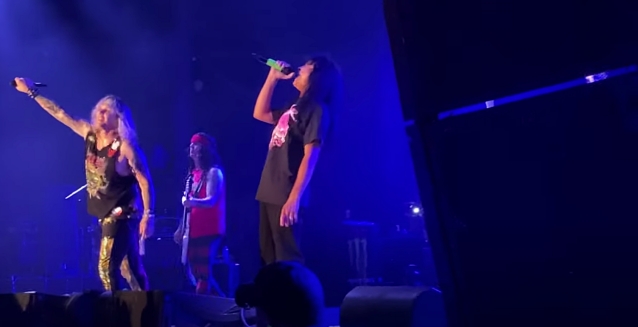 ANTHRAX singer Joey Belladonna joined STEEL PANTHER on stage on Thursday, July 15 at the Rock Fest in Cadott, Wisconsin to perform a cover version of the JOURNEY classic "Don't Stop Believin'". Fan-filmed video footage of his appearance can be seen below (courtesy of YouTube user "Concert Mania").

Two months ago, Belladonna told "The Johnny Dare Morning Show" that his recently launched JOURNEY tribute band called JOEY BELLADONNA'S BEYOND THE BAND (formerly JOURNEY BEYOND) was "working on some recordings."