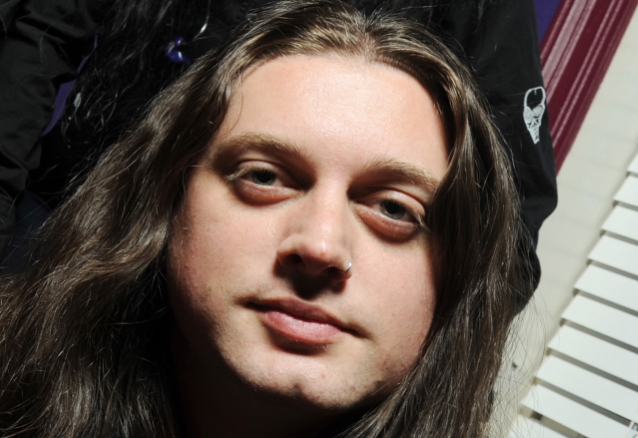 In a new interview with "The Classic Metal Show", ANTHRAX guitarist Jonathan Donais was asked how the music that band is working on for its upcoming album compares to the group's last two efforts, 2011's "Worship Music" and 2016's "For All Kings". He responded (as transcribed by BLABBERMOUTH.NET): "I haven't heard any music yet, so I couldn't tell you. But I know they recently got together — those guys recently got together — and were working on it. I'm anxious to hear it. I can't wait to hear it."

When "The Classic Metal Show" host Chris Akin asked Donais if he is actively involved in the songwriting process for ANTHRAX's next LP, the guitarist responded: "Nope. Nope. Nope. All bands work different, man. They have a way that's worked, and they've [had a] strong 40-year career. So, if it's not broken, don't mess with it."

Donais, who joined ANTHRAX in 2013 as the replacement for Rob Caggiano (now in VOLBEAT),contributed lead guitar to "For All Kings", which came out via Nuclear Blast in Europe and Megaforce in the U.S. At the time of the record's release, his ANTHRAX bandmates praised his playing, with bassist Frank Bello saying: "I think Jon has brought a great energy to the band. He stepped up and then some on this record." Guitarist Scott Ian added: "Jon's approach towards lead guitar playing, he's more of a guy who's looking to construct something that makes sense and helps a song rather than the 45 seconds for him to be showing off how many notes he can play in X amount of measures."

On the topic of the "For All Kings" recording process, Donais told Distorted Sound Magazine: "It was real easy. It was my first time working with Jay Ruston, the guy who produced it, and the way we did it was he would give me the demos of the songs and then I would start writing the leads and then send them to Charlie [Benante, drums]. Charlie would then tell me what direction the leads should go in, there were a few times where it would take a couple of attempts to get him happy."

He added: "I didn't know how they worked or necessarily know what they were looking for. So I just did what I did, and if Charlie wasn't happy, we just got on the phone and discussed the direction that he wanted to go in, and most of the stuff didn't take more than three demos to get right."