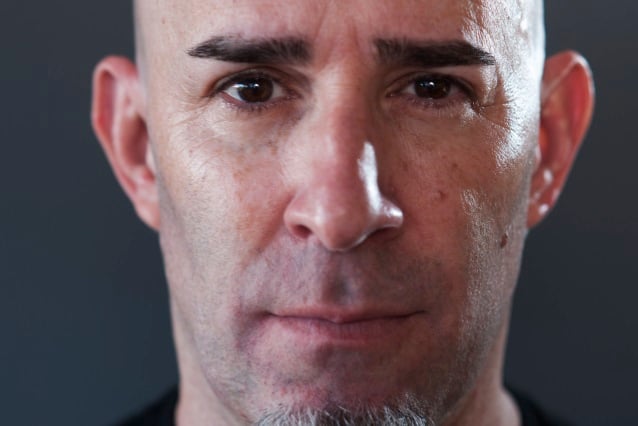 ANTHRAX's SCOTT IAN Is Already Thinking About His Third Book

ANTHRAX guitarist Scott Ian has told "The Five Count" radio show that he is already thinking about the follow-up to his second book, "Access All Areas: Stories From A Hard Rock Life", which came out last month. He said (hear audio below): "It's always just a case of having an idea that… Obviously, I could have a really strong idea, but you need a publisher to also believe in it. There is an idea kicking around right now for a third book. It's just a case of getting a chapter or two written and then seeing if the publisher is into it."

"Access All Areas: Stories From A Hard Rock Life" was made available on December 12, 2017 from Hachette Audio as a digital download, and in hardcover and ebook from De Capo Press. The book has tales of humor, excess, fun, debauchery, food, booze, and mayhem from Scott's many years on the road as well as his encounters with celebrities like "Dimebag" Darrell Abbott (PANTERA),Trent Reznor (NINE INCH NAILS),Madonna, Lemmy Kilmister (MOTÖRHEAD),John Carpenter, Robert Trujillo (METALLICA),SLAYER, David Lee Roth (VAN HALEN),and many more.

ANTHRAX will release its long-awaited live-in-concert DVD, "Kings Among Scotland", on April 27 via Megaforce. Captured on February 15, 2017 at the band's sold-out concert at Glasgow's Barrowland Ballroom, the two-hour set incorporates the band's entire live show along with interviews, behind-the-scenes footage and other B-roll shot on the band's tour bus, backstage, in hotels and elsewhere. The DVD will also include a "gear rundown" from each of the band members.

The release of "Kings Among Scotland" will be preceded by ANTHRAX's North American co-headline tour with KILLSWITCH ENGAGE — "KillThrax 2018" — set to kick off January 25 in Montreal.