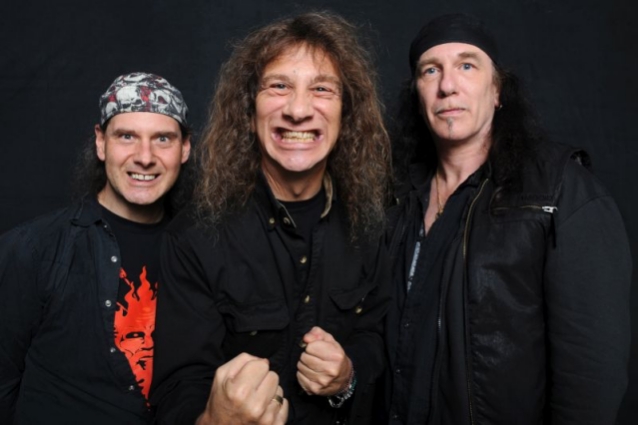 ANVIL To Release 'Legal At Last' Album In February

AFM Records will release "Legal At Last", the new album from Canadian metal legends ANVIL, on February 14, 2020 as a digipak, on digital, black vinyl and some limited colored vinyl.

ANVIL, a Toronto-based group, was formed in 1978 by childhood friends, guitarist/vocalist Steve "Lips" Kudlow and drummer Robb Reiner. Both came from Jewish families and had been playing music together since their teens. ANVIL is considered to have been an influence on many metal bands, including METALLICA, MEGADETH, SLAYER and ANTHRAX.

ANVIL gained popularity and new fans since the 2008 theatrical documentary, "Anvil: The Story Of Anvil", which is currently available on Netflix.

ANVIL recorded the new disc at Soundlodge studios in Rhauderfehn in the northwest of Germany. Speaking about the LP's musical direction, Reiner told The Metal Voice: "It's just a continuation of what we've been doing for the last four or five years, really. Some very powerful riffs. It's gonna be more smashing, crushing ANVIL."

Added Kudlow: "Of course, it's all fresh and new, but the roots are still very much ourselves. Everybody who liked us before is gonna like us still, and people who didn't like us are still not gonna like us. Ultimately, that's where it's gonna sit, 'cause I am not gonna tailor my music and my songs to the people that don't like us and hope that they will. I'm gonna do the exact opposite. The people that love us, they wanna hear specific kind of tempos and riffs, and I look for those things, 'cause it's really my vocabulary, and I'm gonna continue with that — with new subjects and new things to sing about."

He continued: "I think that this album has some of the best slow pounders and some of the best fast stuff that we've ever done. You're trying to be different 'cause you don't want it to be exactly the same, 'cause then you're just repeating yourself — you're not being creative."

Regarding the "Legal At Last" title, Reiner said: "'Legal At Last' is mainly about two things. We celebrate the legalization of the ANVIL bong because Canada changed its marijuana laws last year, which means we no longer sail close to the wind all the time. That's why the album title announces that ANVIL are legal at last. Our fans have always known that, but the public at large treated us like criminals for a long time." Kudlow added: "'Legal At Last' is our way of telling the public: 'It's okay, ANVIL are okay, you're allowed to like us at last!'" 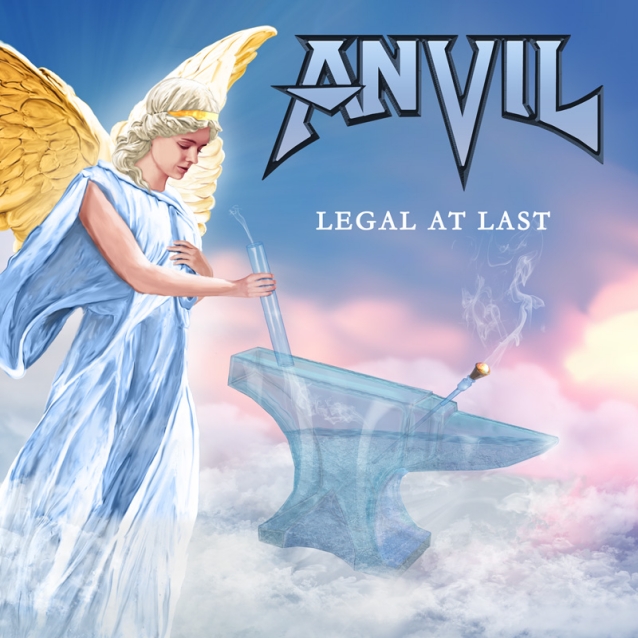