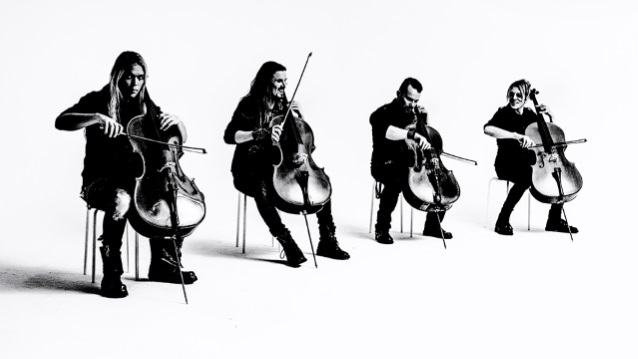 APOCALYPTICA To Enter Studio In The Winter

APOCALYPTICA will enter the studio next winter to begin recording the long-awaited follow-up to its 2015 album, "Shadowmaker".

The Finnish cello rockers have spent most of the last two years touring behind the re-release of their epic debut, "Plays Metallica By Four Cellos". The remastered version of the instrumental cello-driven rock opus contains never-before-released instrumental recordings of "Battery", "Nothing Else Matters" and "Seek & Destroy".

In a brand new interview with NorthJersey.com, APOCALYPTICA's Eicca Toppinen said that the band is "super hungry to get into writing new music in the studio next winter."