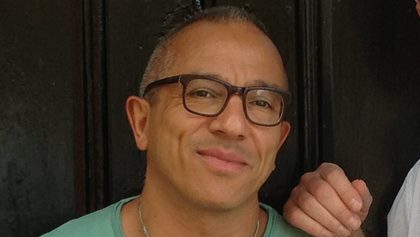 Director Drew Stone and executive producer Jonathan Anastas announce the launch of a Kickstarter campaign to fund production of their Michael Alago biopic.

The film will tell a uniquely American story of Alago's journey from humble roots in Brooklyn into the netherworld of downtown New York's music and arts scene of the 1970s and 1980s.

Alago rose from running THE DEAD BOYS fan club to live booker at the legendary Ritz nightclub and then onto a storied A&R career at Elektra Records, Geffen Records and Palm Pictures, where he signed and executive produced acts as diverse as METALLICA, WHITE ZOMBIE, FLOTSAM AND JETSAM, PIL, CYNDI LAUPER and NINA SIMONE.

The story covers the crazy glory days of the music business as well as how Michael survived the late '90s industry downturn and re-invented himself successfully as a visual artist, poet and published photographer.

Viewers will also journey through the nightclubs, underground haunts and uptown parties of a long-changed New York art scene in its creative and decadent heyday.

Stone's film will also tackle how Alago succeeded professionally as a gay man in a metal music subculture known for its perceived homophobia and how sobriety re-focused Michael's creative vision and drove his successful re-invention as an artist himself.

Said Stone: "Michael's inspiring and cautionary tale features many of the elements that I love as a filmmaker. It's got gritty old New York, an alternative lifestyle and a hard rock soundtrack. He's a well-loved figure who has a unique and incredible life story that I'm really looking forward to committing to film."

Added Anastas: "I first met Michael in the 1980s when my band showcased for Elektra Records. He reappeared in my life 20 years later. I realized that Michael's story — about a time when self-invention, a life of burning the candle at both ends and an authentic passion defined the creative community in New York, their successes and their tragedies — is an important one that needed to be told."

Incentives for supporters of the film via the Kickstarter campaign include copies of the movie as well as an incredible collection of special ephemera and fine art associated with Alago's broad creative career including signed copies of his collectable books, special editions of prints from Rough Gods" and "Beautiful Imperfections" as well as items related to the artists Michael worked with over the years.

The trailer and Kickstarter campaign can be viewed here.

Pictured below (left to right): Michael Alago and Drew Stone 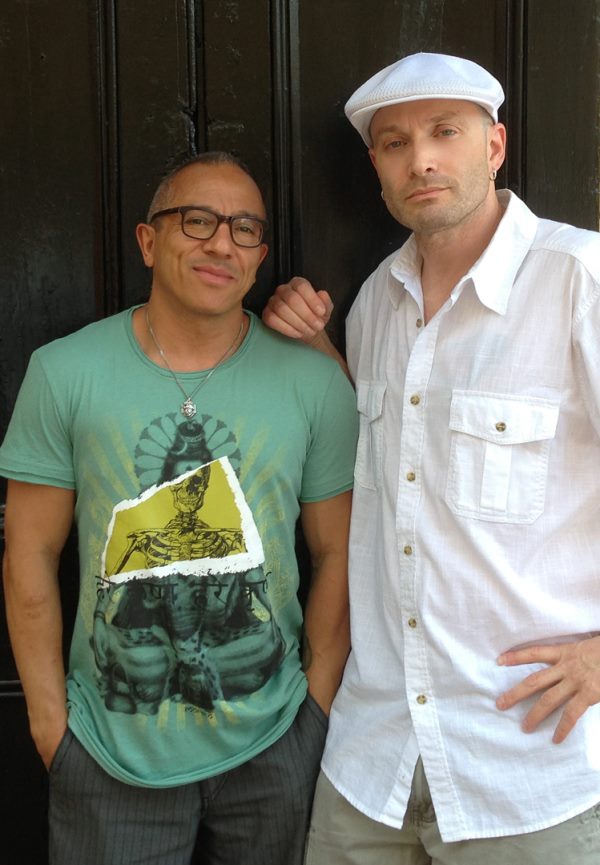