Says Brent: "I'll be trying out and discussing new prototype cymbals and you will have a chance to play them and vote as well. A very interactive and musical day. We're giving away plenty of cool prizes too! I'm really looking forward to saying hi to everyone. It's gonna be a blast. See you there."

Fitz, 43, joined Slash's band in 2010. The Winnipeg, Manitoba, Canada native left his hometown in the mid-1990s to explore music opportunities in Los Angeles and he hasn't looked back since.

"When I moved to L.A., I started at zero again," Brent told the Winnipeg Free Press in 2012. "I had a lot of playing experience but didn’t know anybody. I started working with as many people as I could."

"I can play multiple instruments and we had an incident in Russia [during a tour with Slash] where one of the musicians was sent home for emergency surgery so I played bass and my drum tech played drums," Brent told the Winnipeg Free Press in 2010. " I had no rehearsals and played two sold-out shows in Russia." 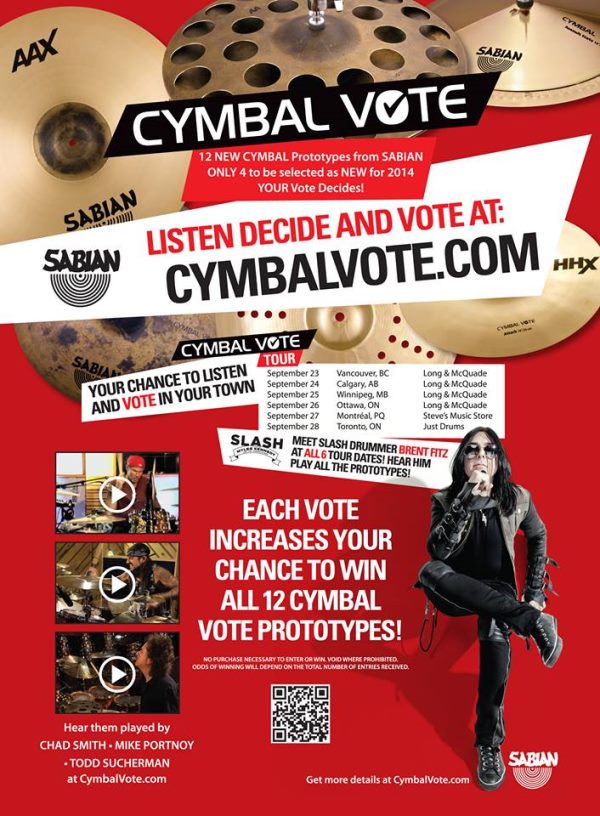