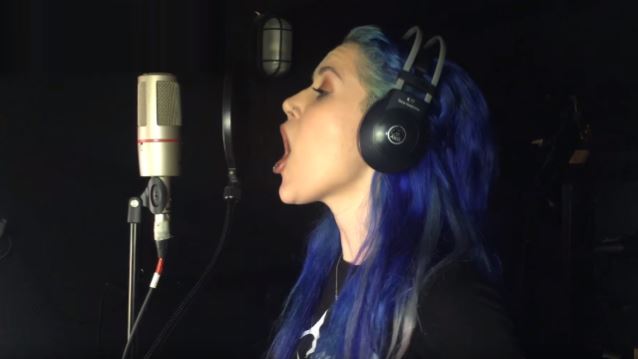 A three-minute video clip in which ARCH ENEMY's Alissa White-Gluz talks about her vocal cover of "Life In The Fast Lane" by THE EAGLES can be seen below.

"I'm really excited to be a part of the 'Fallen Heroes' EP," comments Alissa White-Gluz. "I think we have all felt the weight of losing so many great musicians this year. I think these songs are a cool way to pay tribute to a few people who contributed so much to the world of music and showcase a different side of ourselves."