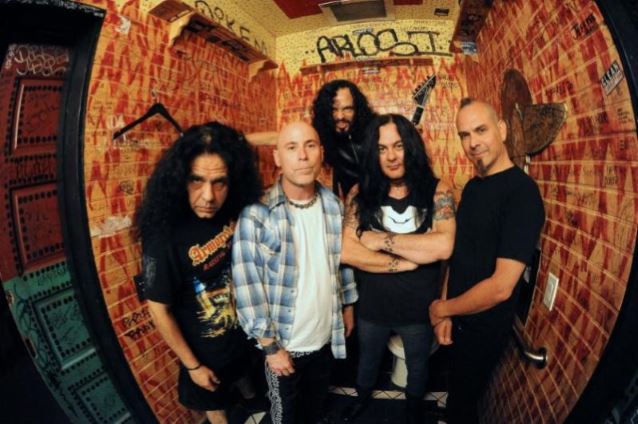 In conjunction with PledgeMusic, this special live album is now available in various formats and bundles, with every "pledge"/purchase receiving a digital download of the tracks, plus exclusive behind-the-scenes content (including footage from Wacken 2015, plus 2016's Ozzfest and QUEENSRŸCHE appearances, and more!).

ARMORED SAINT comments: "Why PledgeMusic? Our fans have been extremely supportive over the years. We want to share the process of realizing this project with you by giving you the chance to be a part of it, from start to finish. How does it work? You place your orders here and when the album is released, you will get your items in the mail. But throughout the process, you will have access to the regular updates that we will post on this page."

Pledge now and join the march of the almighty SAINT.