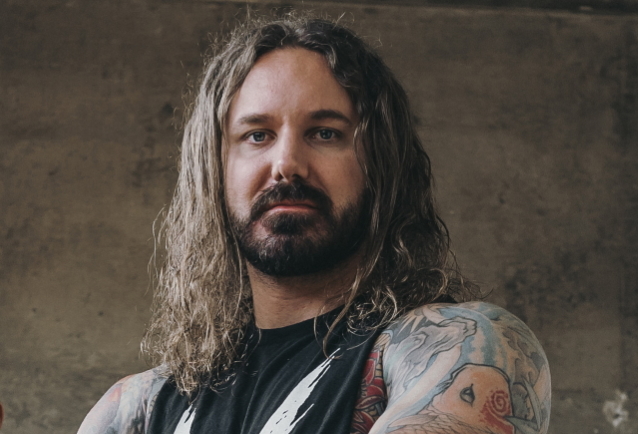 BORN THROUGH FIRE, the new project featuring AS I LAY DYING frontman Tim Lambesis, has released its first two songs, "Reintroduction" and "Bone By Bone", via Modern Music Empire.

Lambesis recently stated about the musical direction of the group, on which he has apparently collaborated with WOLVES AT THE GATE guitarist Joey Alarcon: "The best description of the material that I've heard from a close friend who has heard it is this… It's cinematic, heavy, and modern, but it still has classic metal throwback elements at the same time."