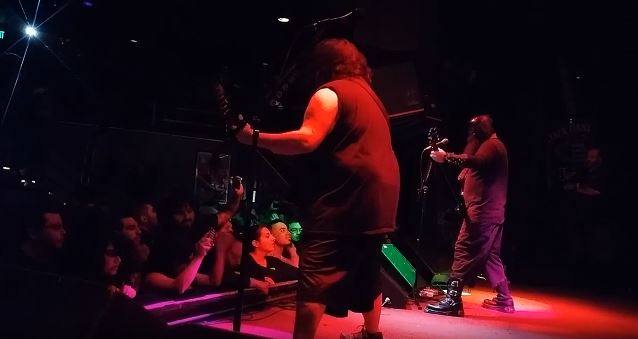 Video footage of ASESINO — the death metal/grindcore project featuring FEAR FACTORY/DIVINE HERESY guitarist Dino Cazares and FEAR FACTORY/ex-STATIC-X bassist Tony Campos (on bass/vocals) — performing a cover version of the SLAYER classic "Angel Of Death" on December 18, 2015 at the Whisky A Go Go in West Hollywood, California can be seen below.

ASESINO is reportedly working on material for its long-awaited third album, tentatively due next year.

In a 2011 interview with Noisecreep, Cazares stated about ASESINO's planned follow-up to 2006's "Cristo Satanico": "On the first record [2002's 'Corridos de Muerte'], it's an introduction to who Asesino [official character based on an actual person, who was an assassin for a certain mafia] is. It introduces what his job is — to kill. At the end of the album, he gets caught, gets sentenced to death on the electric chair. He dies and goes to hell. Unfortunately, the way he dies was a priest was frightened by what he said on the electric chair. The priest pulled the lever on the assassin. He goes to hell and strikes a deal with the devil. The devil says, 'I will grant you life on Earth but you have to carry out this one task for me.' Asesino says, 'No problem.'

"So, on the second album, 'Cristo Satanico', which means 'Satanic Christ,' Asesino comes back to Earth, since Lucifer granted him life on Earth if he carries out this one task. He had to go out and kill somebody. No problem. But also Asesino had revenge that he wanted to seek on the priest who killed him. He found out that his boss, a person he was killing for, was the person who set him up, got him in prison, and got him into the death sentence in the first place. So he had two people he wanted to go kill. That was his boss and the priest. Obviously when an assassin is going to kill somebody, he investigates where they go, where they work, what time they go to bed, what time they shit... he knows everything about the person before he kills them. So he's investigating the priest, he finds out the priest is a pedophile. He likes to fuck little boys. He's been taking money from the community. He's been living very lavishly, very rich and wealthy. All of the money has been coming from the church and from the people. He's also been molesting little boys and raping them.

"So Asesino goes and captures the priest, tortures him and makes him admit to everything he's doing wrong. He tortures him and buries him alive, so he could suffer down there for all the suffering he's caused. At the end of the album, he confronts his boss and has his boss on his knees, saying 'I know why you set me up.' His boss was jealous of the assassin because he was gaining respect amongst the mafia, more than his boss. He ended up cutting his head off with a machete.

"On the new album, the reason we are calling it 'The Second Coming' is because when he buried the priest alive, the priest gets out. He gets out of the grave that he buried him in. The priest is resurrected in a way. So it's going to be a battle of evil [against] evil... A battle between Asesino and the priest." 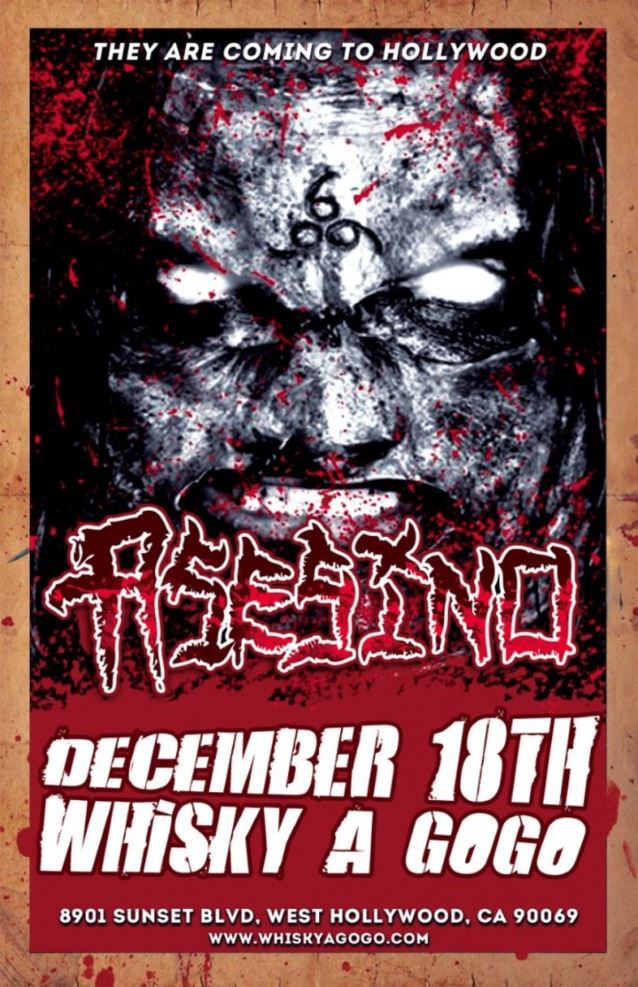