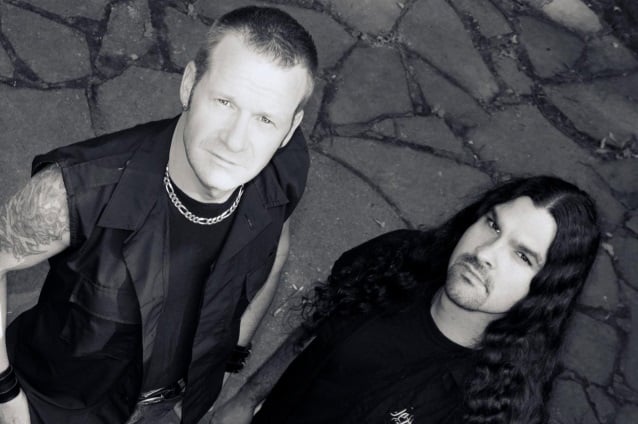 ASHES OF ARES, the band featuring former ICED EARTH members Matt Barlow and Freddie Vidales, has inked a deal with with European label ROAR! Rock Of Angels Records. The group is currently working on its second album, to be released later this year.

Said Barlow in a video message announcing the deal (see below): "Freddie and I have been working on these songs for a while now. We've been tweaking them out. We've been working on some special things, like a trilogy that we will have within the record. We've got about 11 songs right now, possibly some bonus material coming up as well. We couldn't be happier. [We're] extremely excited about delivering you guys a record this. And it will be out this year."

Back in February 2017, ASHES OF ARES parted ways with drummer Van Williams (ex-NEVERMORE). His replacement has yet to be announced.