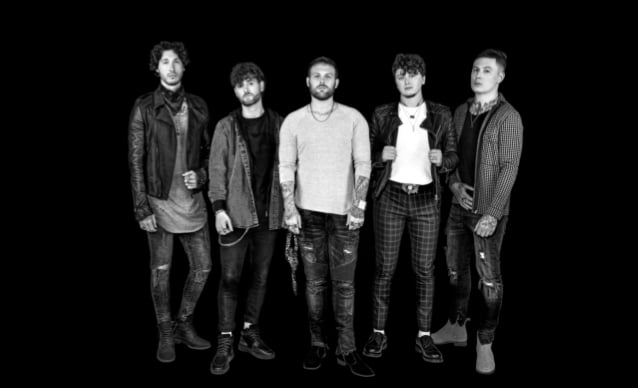 Acclaimed British rock group ASKING ALEXANDRIA has released the official music video for the song "Never Gonna Learn". The track is taken from the band's latest full-length studio album, "See What's On The Inside", which arrives today (Friday, October 1) via Better Noise Music.

Asked what inspired the whistling on "Never Gonna Learn", ASKING ALEXANDRIA guitarist Ben Bruce told Billboard: "Because of COVID-19, there was a lot of initial writing ideas that were bringing sparks between me and the producer much like this by Zoom and FaceTime calls. We did most of the music [for the song] in a session, and we were, like, 'Okay, I'm tired. I'm going to go to bed. We'll reconvene tomorrow.' I got in bed, and I was listening to it over and over again. I just was like, 'Man, all I want to do is whistle over this. I just want to whistle over it.' I made a mental note to see what Matt [Good], our producer, thinks tomorrow. The next day comes around, and I go in for a virtual writing session. And I'm, like, 'How's it going, man? Are you ready?' He was, like, 'I've actually been at the studio for two hours already.' I said, 'Oh, sorry, am I late?' And he was, like, 'No, no, no, I just had an idea I had to get out. Now, you got to hear me out. I know it's weird, but just give it a listen.' And he'd gone into the studio early and whistled over the song. We hadn't talked about it. So it's one of those things where it just had to be there. The song asked for it. It's like [GUNS N' ROSES'] 'Patience'. If 'Patience' didn't have that whistle, it wouldn't be 'Patience'. I like it. It is kind of corny, and it is kind of weird."

In the early months of 2021, all five members of ASKING ALEXANDRIA found themselves hunkered down in a house in Franklin, Tennessee to write and record their new album. It was the first time in over a decade that all were together in the same studio. Armed with a new sense of dedication to themselves and to their fans, they went back to their roots and pulled inspiration from some of their earliest influences and musical heroes. With time to reflect on their journey thus far they began preparing their next steps forward as a band.

Bruce previously stated about "See What's On The Inside": "This album is the result of us reconnecting and falling back in love with why we started this band in the first place. No frills or cheap tricks, just the five of us playing our instruments as hard and as loud as we can! At some point in our lives, we all feel lost and confused as to who we are and who we want to be, and I think this song will really unite all of us in that sense. We are so excited to share, not only this new song with you all, but our new album. We went back to our roots as musicians and really wanted to reignite that passion and love for rock and metal music. METALLICA, LED ZEPPELIN, QUEEN, NIRVANA, SOUNDGARDEN, AEROSMITH, AC/DC….all the greats that we fell in love with as kids have greatly influenced this new album and we couldn't be more excited!" 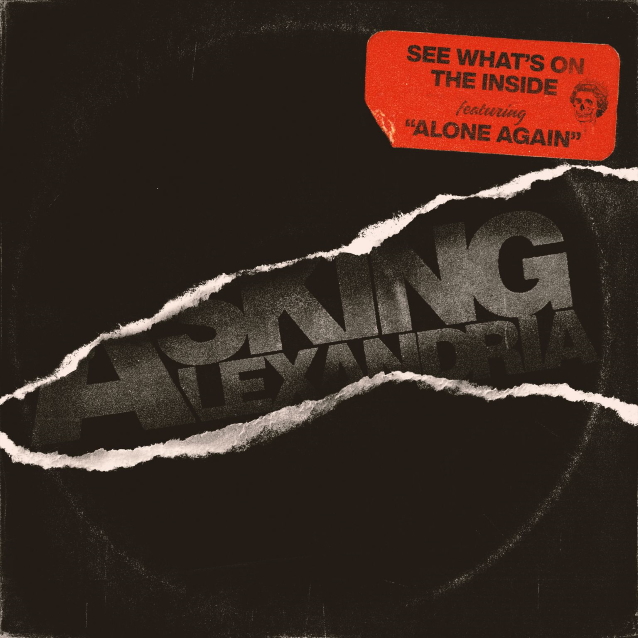