ASKING ALEXANDRIA To Release Self-Titled Album In December; New Song 'Where Did It Go?' Now Available

"Asking Alexandria" was produced by FROM FIRST TO LAST's Matt Good and mixed by Taylor Larson.

A new ASKING ALEXANDRIA new song, "Where Did It Go?", has just been released and is available through all digital music retailers.

"This album has captured the magic and energy that we had when we first got together and recorded our debut album, 'Stand Up And Scream', said singer/guitar player Ben Bruce. "Cheers to us. Cheers to you. Here's to the future. Thank you for your ongoing love and support, it means the world to us. We hope this record speaks to you on so many levels. You keep us going and you help us grow. This next step is an exciting one for all of us. Thank you guys."

The official Jensen Noen-directed video for "Into The Fire" can be seen below.

Worsnop recently said that he was having "so much fun writing an album I never thought I'd make with people I never thought I'd make on with again. It's out of the box, out of my comfort zone, out of the ordinary, and out of this world! This is something totally new and unique that I cannot wait for the world to hear. This album has me proud, humbled, reassured, and affirmed. Welcome to a new era, and a new sound which I'm sure in two years will be ripped off by far too many artists (there's a song about that on here too)."

Danny continued: "You will not hear songs about partying, or girls, or how rock and roll I am. Instead you will hear some of the most carefully crafted songs I've ever made that hopefully will live longer than I do.

"Thank you to [ASKING ALEXANDRIA guitarist Ben Bruce] for writing some phenomenal music for me to create stories with, [bassist Sam Bettley], [drummer James Cassells] and [guitarist Cameron Liddell] for their great talent in making this sound so good, and [producer Matt Good] for heading the operation and fooling the world into thinking I know what I'm doing."

The reunion between Danny and ASKING ALEXANDRIA was confirmed in October 2016 following weeks of rumors and speculation regarding the status of his replacement, Denis Shaforostov, who joined the band in 2015.

Danny, who released a solo album, "The Long Road Home", in February while still being involved with his other band WE ARE HARLOT in between acting gigs, told Finland's Kaaos TV that he is working closely with the members of ASKING ALEXANDRIA to ensure that he is able to pursue other projects alongside his touring and recording activities with AA.

When Danny's return to ASKING ALEXANDRIA was first announced, Bruce said in a video message that Shaforostov had "just stopped talking to us." But Denis later tweeted, "I left AA because I can't be in a touring band at this point in my life. There's no drama and I don't want to be a part of it." 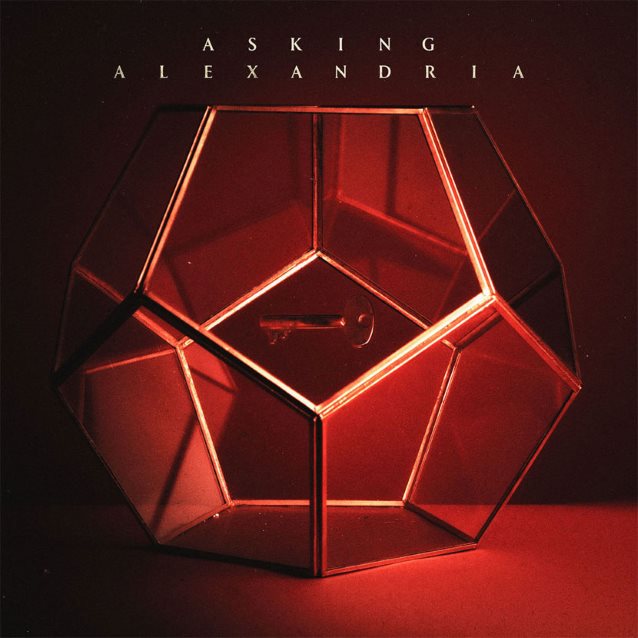