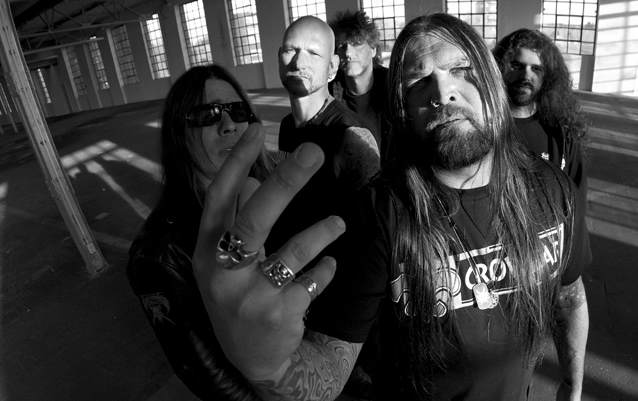 Comments ASSASSIN guitarist Michael Hoffmann: "We all were lying crippled on the floor, as, all of a sudden, this guy shows up! And he slapped us out of our delirium, with his voice!

"Ingo was not only able to fill in the blank, but, as he's an experienced guitarist, he's able to communicate with the rest of the band on a whole other level."

ASSASSIN is currently in the studio recording its new album, due later in the year.

ASSASSIN's latest CD, "Breaking The Silence", came out in February 2011 via SPV/Steamhammer Records. The effort was recorded with veteran metal producer Harris Johns, who has previously worked with VOIVOD, KREATOR and SODOM, among many others.

ASSASSIN reunited in 2002 and performed at the 2003 edition of the Wacken Open Air festival.