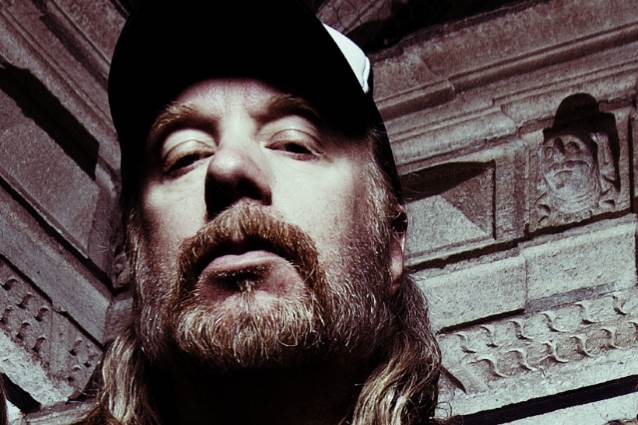 AT THE GATES Frontman On VINNIE PAUL's Death: 'It's A Loss For The Metal Community'

Kaaos TV conducted an interview with AT THE GATES frontman Tomas Lindberg before the band's June 30 performance at the Tuska festival in Helsinki, Finland. You can now watch the chat below.

Asked about the recent passing of PANTERA and HELLYEAH drummer Vinnie Paul Abbott, Tomas said: "I never met him, actually — ever. The only guy I met in PANTERA is, of course, Phil [Anselmo, vocals] — him being more of a death metal fan. I don't really have any personal relationship with the band's music either — it's not one of my favorite bands, so to say — but I respect 'em and what they have done for heavy music, of course. And when a person dies, it's always, of course, very sad for him and his family and his close friends. So it's a loss for the metal community, probably — yeah, definitely."

AT THE GATES' latest album, "To Drink From The Night Itself", was released on May 18 via Century Media. Produced with Russ Russell (NAPALM DEATH, THE HAUNTED, DIMMU BORGIR) at Parlour Studios in the U.K., the follow-up 2014's "At War With Reality" features conceptual artwork created by Costin Chioreanu of Twilight 13 Media, who previously worked with AT THE GATES on the band's last disc.

"To Drink From The Night Itself" marks AT THE GATES' first release with new guitarist Jonas Stålhammar, who replaced primary songwriter Anders Björler in 2017. Stålhammar came into the band too late to be involved in the composing process for the new disc.