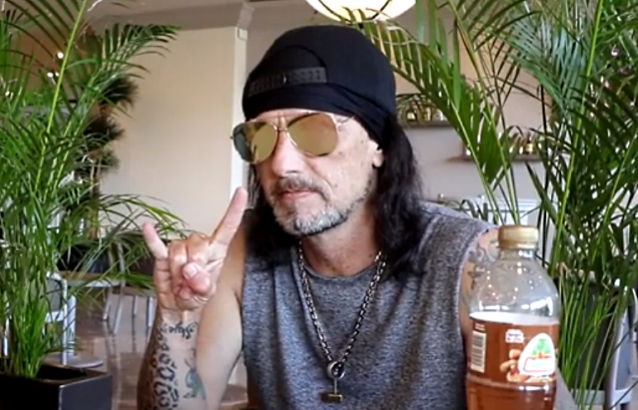 One of the men credited for bringing clarity to early 1990s death metal album recordings was Tampa, Florida-based producer/engineer Scott Burns. Working out of Morrisound Recordings, Burns became the go-to guy for death metal album production, handling the seminal works of ATHEIST, CANNIBAL CORPSE, CYNIC, DEATH, DEICIDE, OBITUARY and SEPULTURA, just to name a few. Because he was able to make extreme metal sound clear and powerful, Burns got to be so well known that he eventually became a victim of his own success, with bands and record labels often requesting the "Scott Burns sound," hoping to mimic the recordings that so bore his name.

Burns experienced backlash from not only the scene he helped develop, but also the Norwegian black metal scene, a style that predicated itself on lo-fi productions — the antithesis of Burns's approach. As the '90s wore on, Burns developed an interest in computer programming and started taking on less projects, having experienced a case of burnout from long hours in the studio. His last documented work was OBITUARY's 2005 album, "Frozen In Time".

One band that still feels it owes a debt of gratitude to Burns is the pioneering technical metal act ATHEIST, which worked with Scott on its classic 1990 "Piece Of Time" debut and 1991's "Unquestionable Presence" follow-up. Frontman and founding member Kelly Shaefer looks back fondly on the band's time with Burns, crediting him with making sense of ATHEIST's complex sound.

"Scott was a great guy," Kelly told MB Live prior to their June 29 show in Monterrey, Mexico (see video below). "At Morrisound, lots of people were recording at Morrisound, but he was an underground guy. He understood that music and how we needed the bass drums to sound very clear and Morrisound Studios and Scott and Jim Morris and Tom [Morris], were guys that were able to get that [makes sound] to be able to hear the double bass, and the speed of the music needed to be defined in the studio, and it hadn't been until we had that studio. I think the combination of all the talent in Tampa, and then Morrisound Studios being able to capture it, it caused the rest of the world to hear that, and understand and dig it, and be influenced by it, and try to be better, try to get better production on albums. When you have very thick guitars and fast drums, to record it the way they recorded pop music, just wouldn't work. Scott Burns was a true pioneer. Our budgets that we had for our records were very small, and he took a lot of his own time to help us finish our records. He was a very important part."