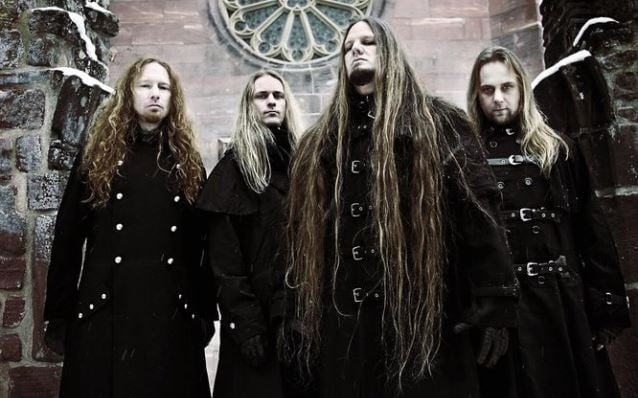 "Murder Blood Assasination", the new video from German gothic death pioneers ATROCITY, can be seen below. The song comes off part one of the band's album trilogy, "Okkult", which was released in North America on May 7 via Napalm Records. The CD was produced by vocalist Alexander Krull at Mastersound Studio. The cover art (see below) was created by Stefan Heilemann.

Comments ATROCITY singer and producer Alex Krull: "With 'Okkult', we want to start a very special album trilogy. Musically, no prisoners will be taken, the 'Okkult' series is also brutal, bombastic and dark. These will not only be the heaviest and most brutal albums of ATROCITY since years, but also the darkest works of our band's history. Lovers of our harder material like 'Hallucinations', 'Todessehnsucht', 'Blut' or 'Atlantis' will surely be delighted with the 'Okkult' series at their expense, although the 'Okkult' songs have their own trademarks, of course."

The new ATROCITY opus, "Okkult". is described in a press release as "the kickstart to an album trilogy as it has not been seen before in the metal scene! Musically, ATROCITY show an enormous tension width, and deliver a very powerful, homogeneous and atmospheric album: On the one hand with much bombast and big choirs a la 'March Of The Undying'; on the other hand, ATROCITY deliver equally purist, brutal metal songs, which get under your skin just as intensely, closely and authentically. The overall sound is perfectly harmonized. The earthy, brilliant production sounds intoxicating and gives the musical pieces the necessary energy, atmosphere and roughness to dive immediately into the lyrical concept. This is anything but one-dimensional. The lyrics relate to occult magic, mysterious places, conspiracy theories and mysteries that are still unsolved. Thus, ATROCITY turn John Milton's vision of 'Pandemonium' into reality in an imposing way. With 'Death By Metal', a mystical tale from long ago, ATROCITY have composed a tribute to their own musical roots, as well as it is their own band anthem. The band takes us with 'Haunted By Demons' on a Scottish haunted castle, and brings in 'Necromancy Divine' the ancient necromancer Erictho back to life. Moreover, the 'Okkult' cover motif is dedicated to her. With overwhelming power the gates of hell are opened in 'Masaya (Boca del Inferno)'. The epic 'When Empires Fall To Dust' set the mystical prophecies of a mysterious, French Freemason from the First World War to music. Never before has the Ides of March been staged musically as gripping as in 'Murder Blood Assassination'. Also the myths surrounding the Antarctic have never before been turned into such a hymnic piece of music ('Beyond Perpetual Ice'). As a culmination the poisoner and witch 'La Voisine' does her mischief in the Paris of the 17th Century: What could fit better than a smashing, furious metal song of the brand ATROCITY?"

In keeping with the dark atmosphere of "Okkult", ATROCITY got the Canadian sound designer Katie Halliday on board. She worked for movies like "Saw V", "Saw VI", "Saw 3D (VII)", "The Devil's Carnival" and "Todd And The Book Of Pure Evil", and already could reap some awards for her work. The orchestral parts were recorded by the Lingua Mortis Orchestra under the direction of Victor Smolski (RAGE) in Minsk, Belarus. 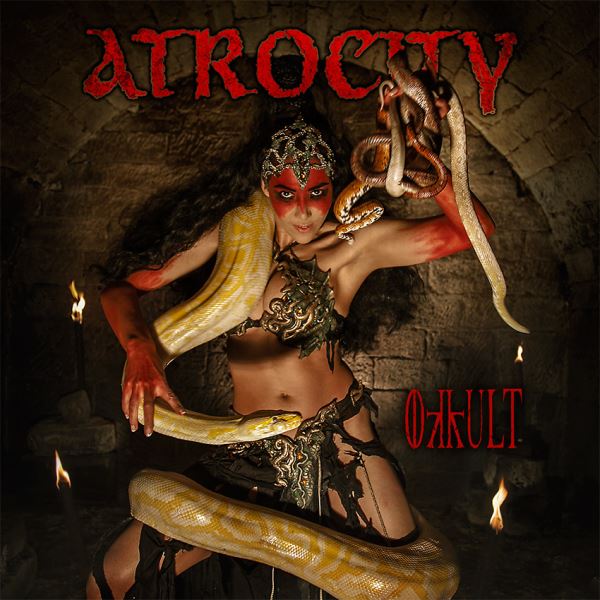