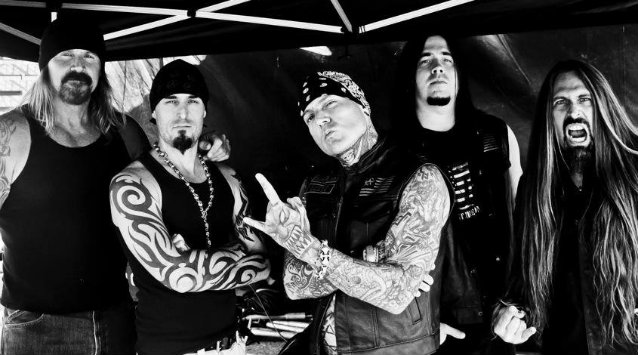 Cutter of Envision Radio Networks' "Hangar 19" podcast recently conducted an interview with ATTIKA 7. You can now listen to the chat using the audio player below.

Says Evan: "Rusty and I searched high and low for the best musicians to complete our lineup who were dedicated to metal and mastering their instruments. We feel confident that the pit at Mayhem is going to feel our thunder. There has never been a band like this... one that's members live the life others merely sing about in fantasy, and I'm honored and proud to be a part of it."

ATTIKA 7's debut album, "Blood Of My Enemies", was released on July 31, 2012 via Rocket Science Ventures/THC:MUSIC. The CD was recorded with producer Mudrock (AVENGED SEVENFOLD, GODSMACK).