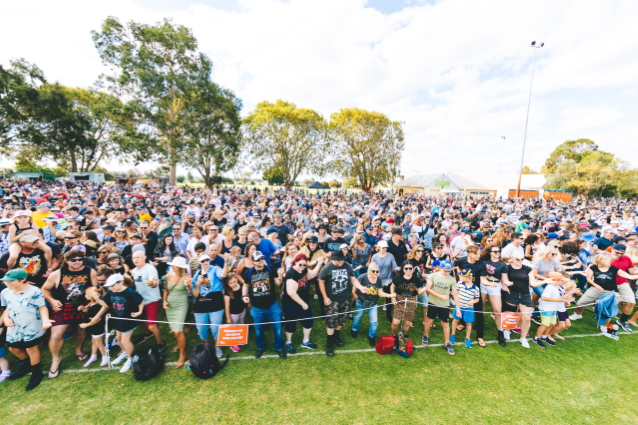 On Sunday, March 1, Australian air guitar champion Alex Roberts — a.k.a. "Jinja Assassin" — led 3,722 rock fans as they strummed to a recording of "Highway To Hell" at the event, which included a tribute to late AC/DC singer Bon Scott on the 40th anniversary of his death.

They beat the previous record of 2,377 people, which was set in September 2011 at the San Manuel Indian Bingo & Casino in Highland, California. Prior to that, the record was 1,883 participants, set in Australia in 2009.

Roberts placed second at the Air Guitar World Championships in Finland in 2019.

The largest air guitar ensemble is one of Guinness World Record's most popular record categories, and has been broken a dozen times, including twice in the United States.