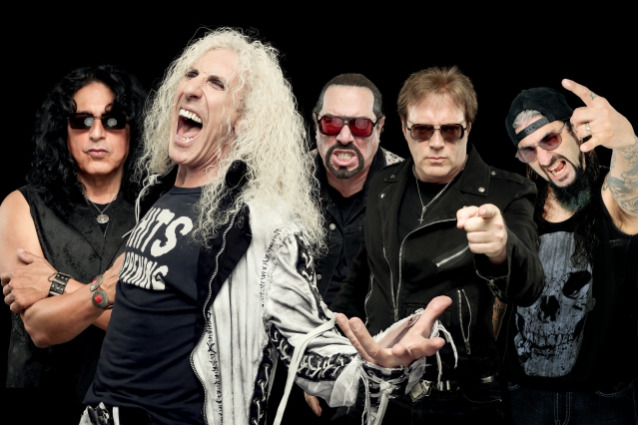 Australian Politician Insists TWISTED SISTER's 'We're Not Gonna Take It' Is 'Not An Original Work', Denies Ripping Off Song

Australian politician Clive Palmer says that does not need to pay TWISTED SISTER to use a re-written version of the band's classic song "We're Not Gonna Take It" in connection with his political party, noting that he changed the track's lyrics and insisting that the 1980s hit is "not an original work" deserving of copyright protections.

Universal Music, which acquired publishing rights to "We're Not Gonna Take It" from Snider in 2015, filed a copyright infringement lawsuit against Palmer on February 6.

In recent months, Palmer accused TWISTED SISTER of "swindling its hit song from a famous Christmas carol." Snider had previously admitted that glam rock band SLADE and "O Come, All Ye Faithful" were influences while he was writing "We're Not Gonna Take It".

According to The Sydney Morning Herald, lawyers for Palmer filed a legal defense in the Federal Court in Sydney, arguing that in the event the court finds the hit song is an "original work" in which copyright subsists, he falls within a "fair dealing" defense to copyright infringement because his reworked song amounts to "parody or satire".

TWISTED SISTER guitarist Jay Jay French called Palmer's use of the song "unauthorized" and vowed to do his "best to stop it." Snider also claimed that Palmer knew about the licensing fee required for the song but decided to re-record his own version of it anyway.

The parties are scheduled to return to court for a preliminary hearing on July 24.