To celebrate 20 years of "Severed Survival", AUTOPSY's iconic debut album will be reissued by Peaceville Records as a special two-disc edition on February 23, 2009.

Everyone's favorite San Franciscan sickos — an inspiration to an entire generation of death metal bands — have unearthed rare rehearsal and live material for a bonus disc, including demo versions of two songs — "Mauled to Death" and "Human Genocide" — which were intended for the original "Severed Survival". Also featured in the package is a booklet with notes by the band themselves, detailing the history of AUTOPSY's early years, with rare photos and images. Plus, for the first time in nearly 15 years, two new AUTOPSY tracks were recorded in September 2008, and will be included on the second disc, bringing together Chris Reifert, Danny Coralles and Eric Cutler for another slice of death and decay. What's more, these tracks also make up a special, extremely limited 7" vinyl release, titled "Horrific Obsession", to be available exclusively from www.peaceville.com on January 26, 2009, with pre-orders being taken from December.

Vinyl releases of all four AUTOPSY albums are also due in the near future. 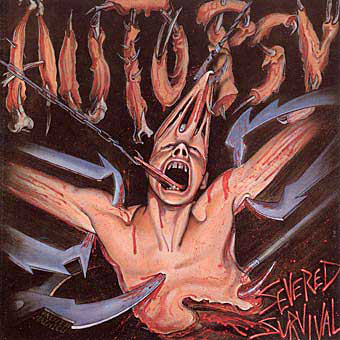