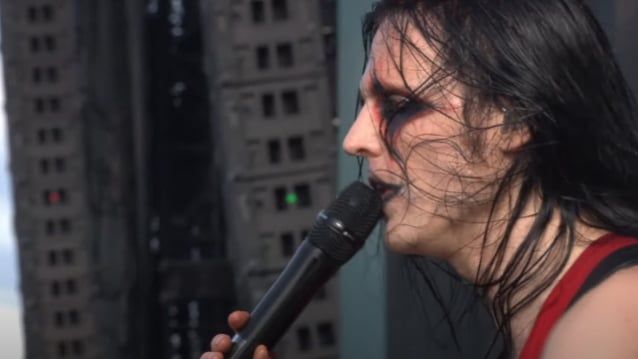 AVATAR Wants To 'Save Heavy Metal' With Upcoming Album

Vocalist Johannes Eckerström of Swedish metallers AVATAR has confirmed to TotalRock that the band's next album has already been recorded and mixed for an early 2023 release. Regarding what fans can expect to hear on the LP, he said (as transcribed by BLABBERMOUTH.NET): "The short version is we will make you see the devil, and we will make you dance. You've heard every band say it's their best album yet. This is our best album yet.

"My best thing to liken it to is [JUDAS PRIEST's] 'British Steel' in the sense of that… JUDAS PRIEST were always great, and before 'British Steel' you had 'Killing Machine', you had 'Sad Wings Of Destiny' and all this, but they were a great heavy metal band, a great rock and roll band, a great prog band at times and kind of eclectic. And then with 'British Steel' I find they really got laser focused, cut off the fat. And we're focused on what we feel right now metal needs — this very pompous but yet…

Last year, AVATAR announced its signing to Thirty Tigers and the launch of its own Black Waltz Records imprint. In addition, Eckerström and his bandmates unleashed four new songs which, according to the group, represent a taste of things to come.