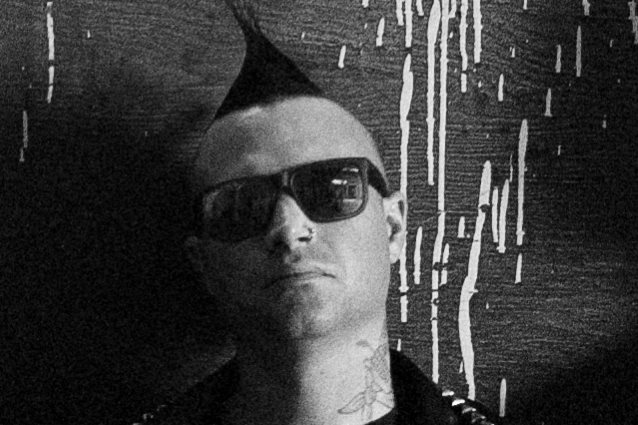 AVENGED SEVENFOLD Bassist On Group's Remaining Goals: 'We're Not The Biggest Band In The World Yet'

Prior to AVENGED SEVENFOLD's performance at the Rock On The Range festival in Columbus, Ohio, bassist Johnny Christ spoke with HardDrive Radio's Lou Brutus. The full conversation can be viewed below. A few excerpts follow (as transcribed by BLABBERMOUTH.NET):

On the decision to tour this summer with PROPHETS OF RAGE:

Johnny: "I think it was actually just kind of mutual between us and booking. We were just talking about doing something different this summer, and trying to find a band that we haven't toured with. Being big fans of RAGE AGAINST THE MACHINE, it's going to be awesome to share the stage with those guys. I think it will make for a really fun show."

On whether their arena production will translate into amphitheater settings:

Johnny: "That's pretty much what we had to think about. We're going from arenas into amphitheaters, and the staging is a little different. We have our ideas. We're going to definitely still have a lot of that video content as part of it, but naturally, without being able to make it quite the 3-D imagery that it was in the arenas. We're going to have to add a few other surprises in there to have some big moments for the songs. I don't want to give it all away, but we're definitely going to incorporate what we did in the arena and add a few other tricks."

On the end of the Vans Warped Tour:

Johnny: "It's just a bummer to me, honestly. As a kid growing up, going to see some of my favorite punk bands come through our towns, it was just really a fun, great concert. You get to hear new people that you wouldn't have heard of before, like us — we did that thing four years in a row, from the smallest stage all the way up to the main stages. That really helped to build our career. I feel like it was a big touring moment for us. I can remember being there and handing out our first EPs and giving two-song CDs away for free so we could get our name out there. We were literally the guys, after we'd get off stage, walking around handing them to kids. It started to build from there. [I] definitely miss those times. That was like our college years. There was a lot of debauchery, and having a lot of fun, just being a young kid in a van with your best friends, just trekking along and doing the damn thing."

On whether he reflects on how far the band has come:

Johnny: "It's a trip, man. Last summer, we just got off doing an entire stadium run with METALLICA. That's like a dream come true right there. Things like that, things like the Activision stuff, where we're at in general, you have to kind of sit back and try to not take it for granted. At the same time, I don't want to focus on it because we still have other goals we want to reach. We're not the biggest band in the world yet, are we? I don't want to be one of them; I want to be [the biggest]."