AVENGED SEVENFOLD is continuing to expand its latest album, "The Stage", into an evolving body of work by adding a series of new tracks over the course of several months. Today sees the release of the album's latest addition, AVENGED SEVENFOLD's rendition of "God Only Knows" by THE BEACH BOYS. The track follows the recent release of AVENGED SEVENFOLD's version of MR. BUNGLE's "Retrovertigo", the band's first-ever Spanish-language recording, "Malagueña Salerosa", and a rendition of "Runaway", the 1961 song made famous by Del Shannon. The band recorded all four tracks with producer Joe Barresi (QUEENS OF THE STONE AGE, TOOL).

"Of all these new songs we've recorded, this one was the most difficult in terms of figuring out an arrangement," says AVENGED SEVENFOLD vocalist M. Shadows. "Figuring out the middle vocal melodies was also challenging. We wanted to make the song a little darker by adding a flanger and some haunting vocal nuances. THE BEACH BOYS have always been an influence, so it was fun to tackle this one from arguably the best album of all time, 'Pet Sounds'."

M. Shadows told Billboard that the members of AVENGED SEVENFOLD "love the idea of putting out music in a non-conventional way. We also love making albums, so this allowed us to do both," he said. "This was all put into motion when we made the original recording for 'The Stage', so it all feels cohesive; We put out 'The Stage' and let it sink in for seven months, and now we can add to that piece of work. This way, throughout the cycle you'll be able to hear new music while going back to the original album.

"The idea of turning an album into a living piece of art and adding new installations is really intriguing," he continued. "It expands the journey."

Shadows added that AVENGED SEVENFOLD took inspiration from the way hip-hop and pop artists have taken to surprise and random releases of new material, sometimes with little or no notice, and sometimes simply releasing individual songs not related to any particular album or other project.

"We told all the kids we were going to evolve the record... It was just a matter of how," Shadows said. "Obviously it works in the (pop) mainstream a little better than it does in rock 'n' roll. You look at what Kendrick Lamar or Drake are doing, or any hip-hop or pop act. Their streaming numbers are through the roof. And you look at rock, and they're just not there. But we want to get new stuff out to people. We don't have the answers to all the big questions in the music industry, but we do have control of keeping ourselves artistically satisfied, and this just seemed fun to us."

M. Shadows recently confirmed to Kaytie of the Razor 94.7 radio station that AVENGED SEVENFOLD will embark on a full North American headlining tour in January and February 2018. The trek, which will be announced in September, was originally "supposed to happen this summer until we got that call from METALLICA, so we decided to put it on hold," the singer explained. 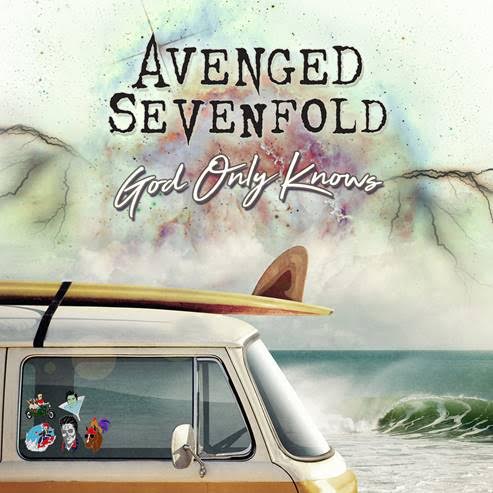