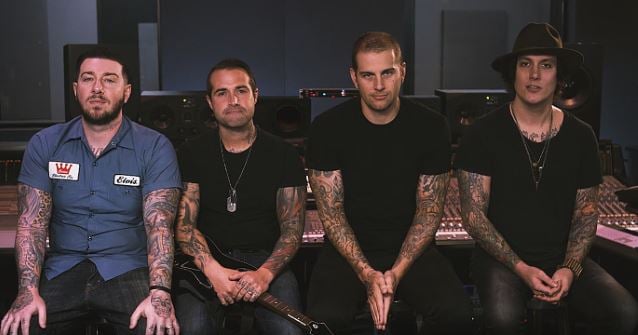 AVENGED SEVENFOLD To Release 'The Best of 2005-2013' Compilation

On December 2, Warner Bros. will release a two-disc set titled "The Best of 2005-2013" featuring AVENGED SEVENFOLD's biggest Warner Bros. hits to date. Featuring 18 songs from albums including "City Of Evil", "Avenged Sevenfold", "Nightmare" and "Hail To The King", the package also features a cover of BLACK SABBATH's "Paranoid" as well as two original songs that AVENGED SEVENFOLD wrote for video games: "Carry On" (Call Of Duty II) and "Not Ready To Die" (Call Of The Dead).

AVENGED SEVENFOLD has confirmed that it will livestream a special event on Thursday, October 27, at which the band will perform "on a very grand stage for the entire world to enjoy." The concert will begin streaming at the group's Facebook page at precisely 8:30 p.m. PT. Fans will also be able to watch in 3D and Virtual Reality on AvengedSevenfold.com.

The October 27 event has been promoted since last week, when AVENGED SEVENFOLD launched a new "Deathbot" web site that was set up to answer fan questions. Most queries about new music were met with a suggestion to return on October 27 for more information.

AVENGED SEVENFOLD did debut a new song online last week called "The Stage" and played live for the first time on October 15 at Knotfest Mexico. The track is expected to be included on the California band's seventh studio album, which is rumored to be called "Voltaic Oceans". The disc has no official release date, although it's speculated to arrive in early December.

The band launched its campaign for the new album with projections or pictures of the band's mascot, the Deathbat, in cities around the world. 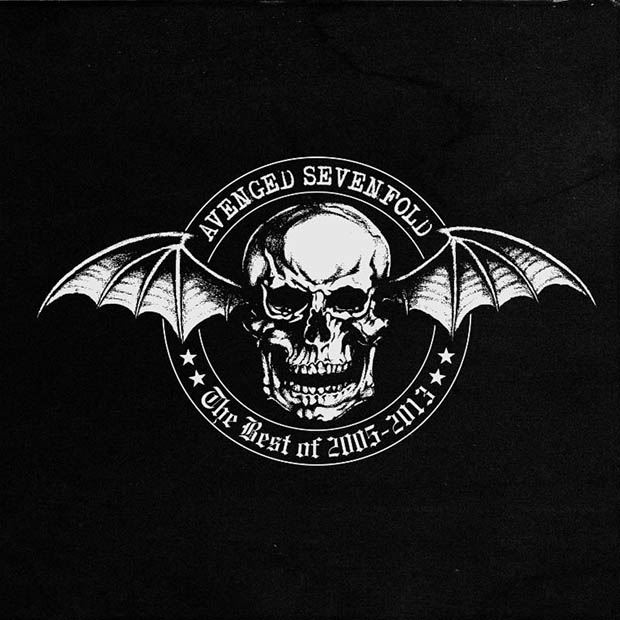