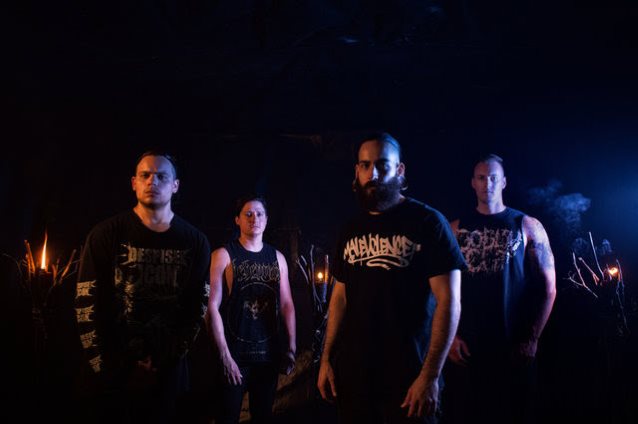 "The Soulless Acolyte", a brand new song from Australian metallers AVERSIONS CROWN, can be streamed below. The track is taken from the band's sophomore album, titled "Xenocide", which will be released on January 20 via Nuclear Blast Entertainment.

"'The Soulless Acoloyte' is one of my favorite tracks off the album, and another big piece of the 'Xenocide' puzzle to decipher," comments vocalist Mark Poida. "The dudes ripped it on this song; the drums shred and it totally slams!"

"Xenocide" was recorded by Adam Merker at Studio Anders Debeerz in Brisbane and mixed and mastered by Mark Lewis (WHITECHAPEL, DEVILDRIVER, THE BLACK DAHLIA MURDER) from Audiohammer.

The "Erebus / Parasites" seven-inch single was limited to 1,000 copies and split into four different colors: 250 each of gray, blue, clear and magenta. 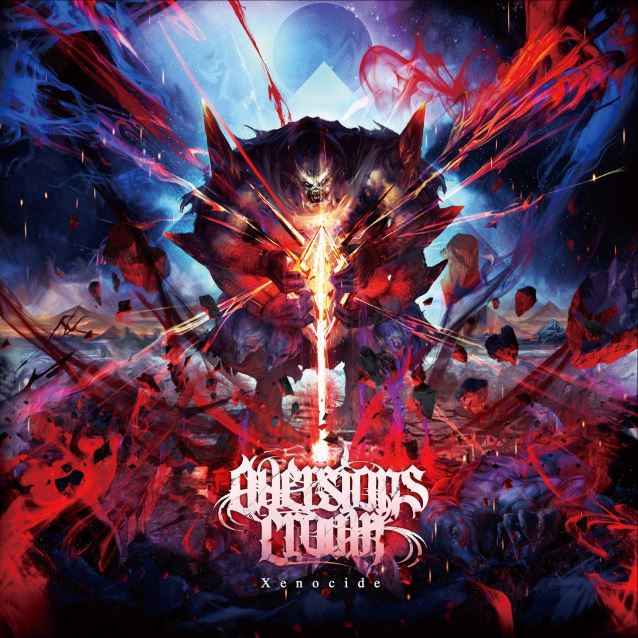