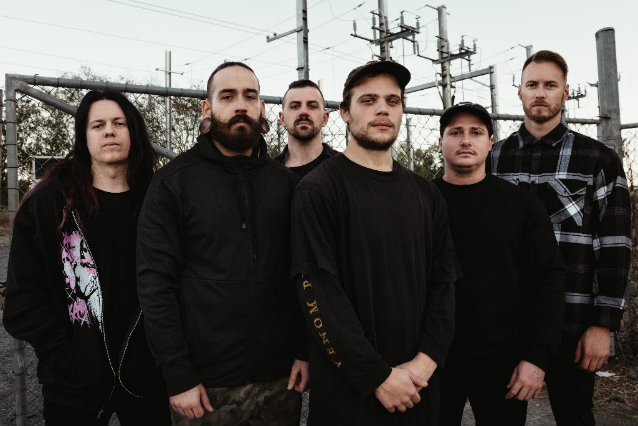 Australian metal destroyers AVERSIONS CROWN have released a brand new digital single to kick off their tour with THE BLACK DAHLIA MURDER, WHITECHAPEL and FLESHGOD APOCALYPSE. Check out the visualizer for the song "The Breeding Process" below, and stream or purchase the single via all fine digital platforms.

Commented the band: "We spent some time recently in the studio to develop the blueprint for our fourth album. We wanted to figure out exactly what sound we were going for and what direction the album would take. The result of this was 'The Breeding Process'.

"The song paints the disturbing image of a human production farm — aliens abducting humans and using them for inter-species breeding projects.

"The song shows hints of a new direction whilst it also includes AVERSIONS CROWN's DNA from our earlier material. It was mixed and mastered by Will Putney (THY ART IS MURDER, THE ACACIA STRAIN, FIT FOR AN AUTOPSY) and engineered by Matt Shorter. Enjoy!"