GUNS N' ROSES has issued a press release confirming that guitarist Slash and bassist Duff McKagan will rejoin singer Axl Rose for the band's upcoming performances at this year's Coachella Music And Arts Festival. GUNS N' ROSES will play on April 16 and April 23 at the Empire Polo Club in Indio, California. There is no word on whether original guitarist Izzy Stradlin or drummer Steven Adler will appear. Consequence Of Sound says that Adler's original replacement, Matt Sorum, is also on board, while other reports have suggested that current drummer Frank Ferrer and guitarist Richard Fortus will round out the lineup.

Tickets for Coachella Music And Arts Festival go on sale Wednesday, January 6 at 11:00 a.m. via Coachella.com.

Speculation about a reunion tour has been steady ever since Slash revealed last summer that he and Axl had repaired their friendship after being estranged for nearly 20 years.

The last show Axl and Slash played together was on July 17, 1993 at River Plate Stadium in Buenos Aires. The latest incarnation of GUNS N' ROSES, which only included Axl from the original lineup, played a residency in Las Vegas in 2014 but has remained silent since.

According to Billboard, the GUNS reunion — which sources say has been in the works for two years — is also seeking to mount a 25-city stadium tour, with the band reportedly asking for anywhere from $3 million to $5 million a show.

For months, critics and audiences alike have generated immense excitement and speculation over the possible regrouping of the iconic lineup. The April performances will mark the first time since 1993 the Gunners will share the stage for what is certain to be an explosive event.

Following the group's 1985 formation, GUNS N' ROSES injected unbridled, unrivaled, and unstoppable attitude into the burgeoning Los Angeles rock scene. The spirit went on to captivate the entire world with the release of their 1987 debut "Appetite For Destruction" — the best-selling U.S. debut ever, moving 30 million copies globally. In 1991, the seven-time platinum "Use Your Illusion I" and "Use Your Illusion II" occupied the top two spots of The Billboard 200 upon release.

Over the course of the past decade, GUNS N' ROSES have performed sold out shows and headlined festivals worldwide following the critically acclaimed release of 2008's RIAA platinum-certified "Chinese Democracy".

Six studio albums later, GUNS N' ROSES are one of the most important and influential acts in music history and continue to set the benchmark for live performances, connecting with millions of fans across the globe. 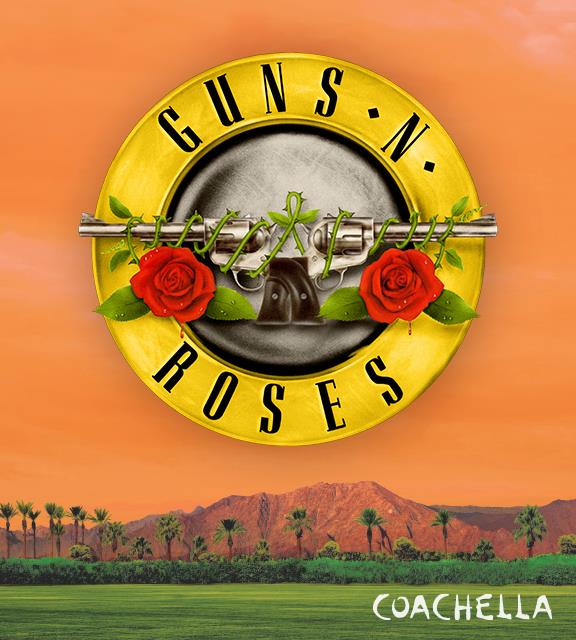