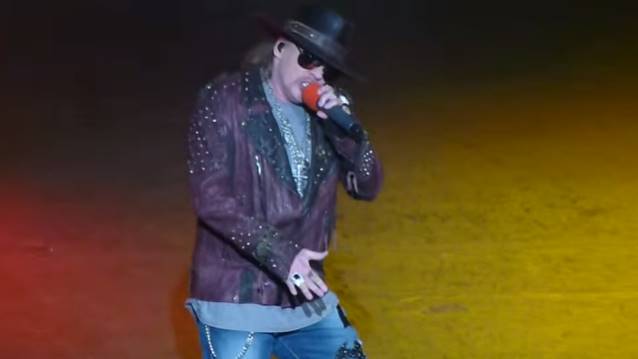 During a brand new interview with Revolver magazine, GUNS N' ROSES singer Axl Rose was asked where things stand as far as recording the follow-up to the band's 2008 album "Chinese Democracy". "We recorded a lot of things before 'Chinese' was out," Axl said. "We've worked more on some of those things and we've written a few new things. But basically, we have what I call kind of the second half of 'Chinese'. That's already recorded. And then we have a remix album made of the songs from 'Chinese'. That's been done for a while, too. But after Vegas [GUNS N' ROSES is performing a residency at the Hard Rock Hotel & Casino that is scheduled to wrap in early June — Ed.], we're going to start looking very seriously at what we're doing in that regard."

Rose also spoke about his reunion with ex-GUNS N' ROSES bassist Duff McKagan, who filled in for current GN'R bassist Tommy Stinson during the group's recent South American tour because Stinson went back to THE REPLACEMENTS for two high-profile dates at Coachella.

"It went really well," Axl said. "[Duff] worked really hard on the parts, and he liked playing the newer songs from 'Chinese'. And, you know, it's pretty funny because we'd go to talk about certain things from 'Use Your Illusion', and there's things he doesn't remember, there's things I don't remember. We kind of finish some of each other's memories sometimes. And the Duff that played these shows with us isn't really the Duff that I knew from what I'd call 'old GUNS' or the 'Appetite For Destruction' lineup or the 'Illusion' lineup. Because with this band, with this lineup, everybody goes out and tries to do their very best, and every guy's on. I don't have to tell the other guys what to do or anything, they do it on their own. They push each other really, really hard. That also pushed Duff, and he liked the challenge of that. And he got along with the guys really well. He and some of the band and crew were doing their yoga together during the days we were out there, so…"

Asked if he thinks he and Duff will do more work together, Axl said: "It's possible. I don't know yet. It depends on scheduling, or what shows Tommy wants to do with THE REPLACEMENTS and stuff like that. And you know, almost everybody in the band has some kind of issue going on, personally. There's people who have lost family members. Other people are dealing with separations. Sometimes court gets in the way. Real life!"

"Chinese Democracy", the 2008 album released by the current edition of GUNS N' ROSES after a 15-year wait, re-entered The Billboard 200 chart in April 2011 after it was made available at BestBuy.com for a reduced price of $1.99.

Best Buy was the exclusive U.S. retailer for "Chinese Democracy", reportedly paying $14 million for 1.6 million copies. But the album was a major sales disappointment, moving less than 700,000 copies to date despite the curiosity and hype surrounding its release.

The CD was officially certified platinum by the Recording Industry Association of America (RIAA) on February 3, 2009 for shipments in the United States in excess of one million copies.

"Chinese Democracy" came out 15 years after its predecessor, 1993's "The Spaghetti Incident". It took more than a decade to record, during which every original member of the band except Rose was replaced and four different producers were used. 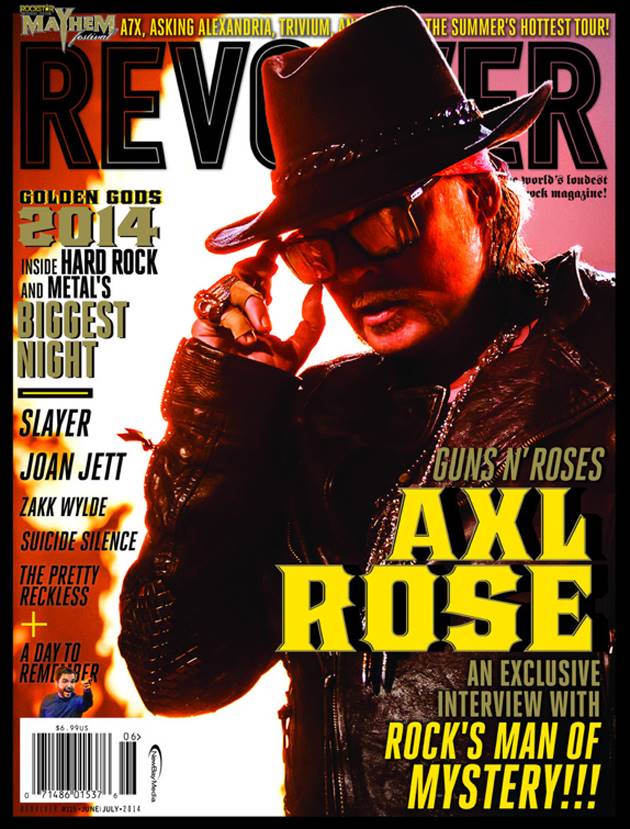