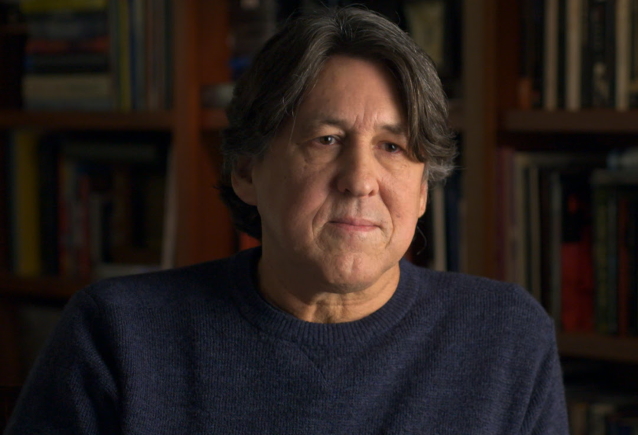 AXS TV has acquired the six-part limited documentary series "Rolling Stone Magazine: Stories From The Edge" — premiering Wednesday, January 6 at 9 p.m. ET/6 p.m. PT. The series will follow all-new episodes of "The Big Interview With Dan Rather" each week, which features Perry Farrell, the front man from JANE'S ADDICTION, in the debut. The premiere episode of "Rolling Stone Magazine: Stories From The Edge" will also be available to viewers via AXS TV's web site and streaming apps.

Helmed by award-winning filmmakers Alex Gibney and Blair Foster, and featuring narration by acclaimed actor Jeff Daniels, "Rolling Stone Magazine: Stories From The Edge" captures the last 50 years of American culture — from music and politics, to pop culture and more — through the lens of Rolling Stone, the iconic magazine that broke new ground with its view of rock n' roll as a cultural force that shaped the country. Blending never-before-heard recordings from some of the publication's top journalists with exclusive interviews and rarely-seen pictures and footage, "Stories From The Edge" guides viewers on an immersive journey through the ever-changing cultural landscape of America, and provides an inside glimpse into the impact and influence of Rolling Stone that has fueled its enduring success for more than a half-century.

The limited event features six hour-long episodes, starting with the magazine's counter-culture origins as founders Jann and Jane Wenner and Ralph Gleason summoned the spirit of the hippie movement with chronicles of THE GRATEFUL DEAD's drug busts, the growing groupie scene, and the success of Ike and Tina Turner, headlined by Jann Wenner's landmark interview with John Lennon during THE BEATLES' pivotal 1967 run. Other highlights include wunderkind writer and future filmmaker Cameron Crowe's addition to the magazine's roster, and Hunter S. Thompson and Annie Leibovitz's coverage of the 1972 presidential election; and the magazine's exclusive scoop of the abduction of Patti Hearst, as well as the rise of THE SEX PISTOLS and the tragic death of John Lennon.

The event continues with profiles of Rolling Stone's struggle to contend with mainstream success as punk staples THE CLASH and TALKING HEADS take over rock, Cameron Crowe meets David Bowie, and Hunter S. Thompson indulges in the excess of 1980s Palm Beach. Then, Ice-T and BODY COUNT polarize the nation, Wenner, Thompson, and P.J. O'Rourke interviews Bill Clinton, and *NSYNC and Britney Spears usher in a new era of pop. And, in the final episode, Rolling Stone takes down a powerful U.S. general with a stunning exposé and weathers a scandal, and writers Janet Reitman and Matt Taibbi cover the country's democracy.

"'Rolling Stone Magazine: Stories From The Edge' is the perfect complement to AXS TV's brand of immersive and informative music-themed programming," said Sarah Weidman, head of original programming, development and multi-platform content for AXS TV. "AXS TV is committed to bringing our viewers closer to their favorite artists than ever before with innovative series highlighting not just performances, but lifestyle and culture. The addition of 'Stories From The Edge' reflects this, shaping pivotal moments in American history around the iconic men and women who defined rock n' roll for an entire generation. Music connoisseurs of all ages will not want to miss this special event." 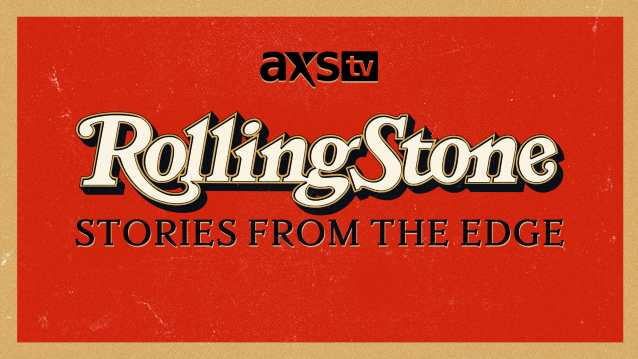