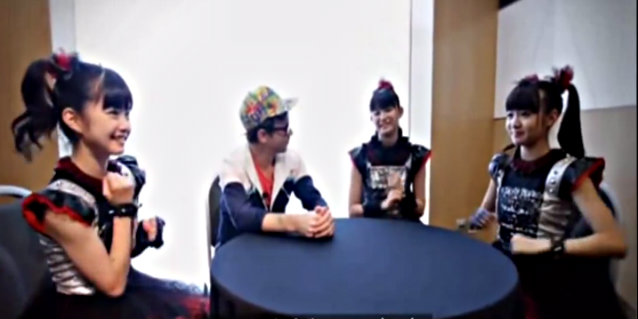 MTV 81 conducted an interview with BABYMETAL — the heavy metal offshoot of the Japanese pop idol group SAKURA GAKUIN that performs a distinctly Japanese mix of schoolgirl J-pop and death metal — at Asia's biggest anime bash, Anime Festival Asia 2013. You can now watch the chat below.