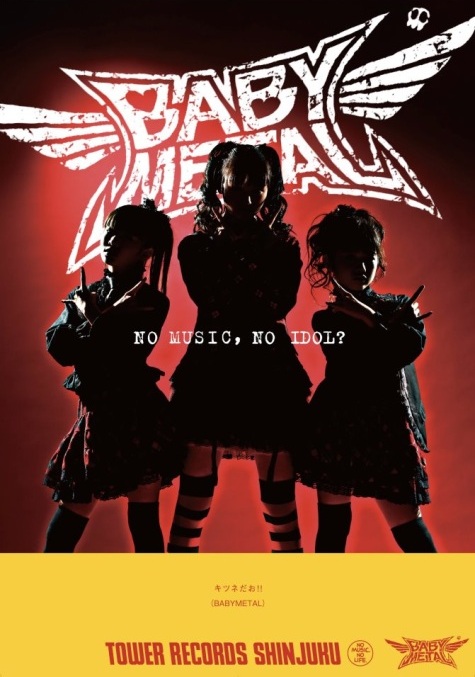 BABYMETAL: Japanese Princesses Of 'Idol' Metal Are Back!

BABYMETAL, a heavy metal offshoot of the Japanese pop idol group SAKURA GAKUIN that performs a distinctly Japanese mix of schoolgirl J-pop and death metal, will release a new single, "Like!", on March 7 via iTunes. A video for the edited version of the song — which combines pop with extreme metal guitars, an occasional growl or two and a tinge of hip hop — can be seen below.