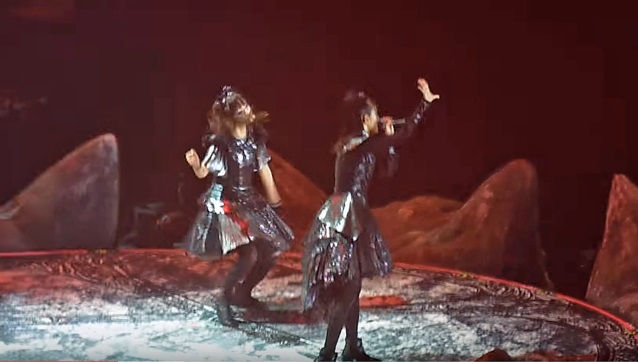 Japanese pop metal act BABYMETAL performed without one of its three female singers this past weekend.

18-year-old Yui Mizuno (a.k.a. Yuimetal) did not feel well and doctors suggested that it was in her best interest to not join her bandmates on stage on December 2 and December 3 at Green Arena in Hiroshima, Japan.

BABYMETAL's management said in a statement: "As an entire team, we considered canceling this performance. However, it was Yuimetal's strong desire to not cancel this performance for the fans who were waiting and looking forward to these performances. After long discussions and careful consideration, both Su-Metal and Moametal, as well as the entire BABYMETAL staff team, came to a final conclusion to continue these performances for the dedicated fans who have been waiting for this special event as well as for team BABYMETAL."

BABYMETAL's members — Suzuka Nakamoto (a.k.a. Su-Metal, who handles vocals and dancing),Mizuno and Moa Kikuchi (a.k.a. Moametal),the latter of whom both scream and dance — admit that they had never listened to metal before joining the group. The girls wear gothy schoolgirl costumes, do choreographed dance routines and bang their heads violently. 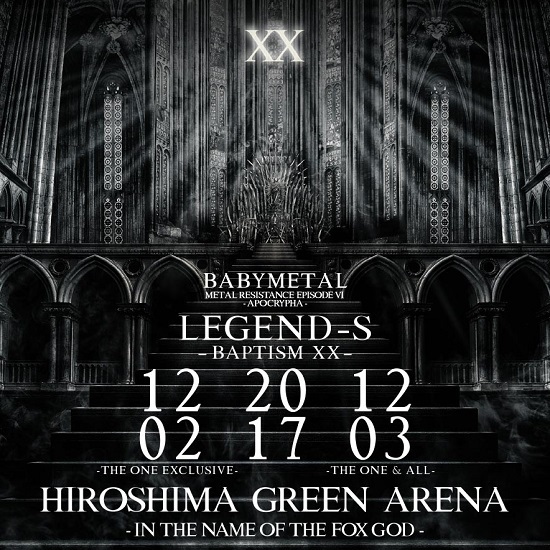