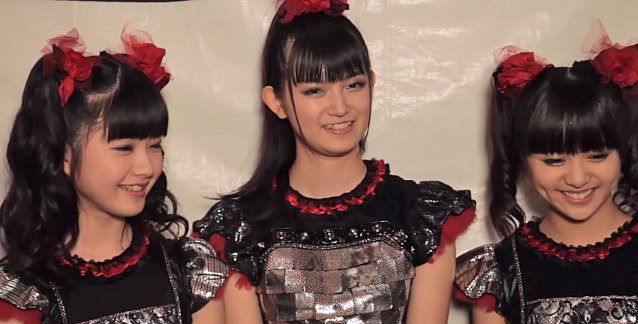 BABYMETAL Talks To REVOLVER Magazine At ROCK ON THE RANGE (Video)

Japanese teenage girl pop metal band BABYMETAL was interviewed by Revolver magazine at this year's Rock On The Range festival, which was held in May in Columbus, Ohio. You can now watch the chat below.